The first week of July was really about the upside following through based on the overall rounding bottoming pattern and temporary low setup at the 2693.25 low from the last week of June. The market was able to cement the status of temporary low from June, and had a decent "stick save" on Monday July 2 at the 2698.5 lows before closing at the high of the day around 2726 to cement another higher low.

Fast forward, the market tested the key 2740-area resistance for the 3rd or 4th time time later in the week, and was pretty much destined for the breakout like we expected. If you recall, the 2748 and 2758 prior highs level got blown out of the waters on Friday when the acceleration began since the bull train erased all doubts in the minds of traders. Overall, it was a fairly easy week because we’re definitely back in the aggressive BTFD ("buy the f'in dip") regime as it worked very well for the majority of the week.

The main takeaway from this week was that the weekly candle was able to wrap up its bullish marching band at the highs and it’s a large bull bar. All the trapped bears and bull chasers are now in a vicious cycle on getting squeezed and rushing back into playing the game of BTFD as long as trending support holds for the immediate short-term play.

Friday closed at 2762.5 at the highs of the week and as of writing market already made a higher high as expected going towards the 2780-2800 target. If you recall, the 2755-2760 target was more than fulfilled on Friday as the bulls took advantage of the situation/setup based on the launchpad and did a pretty great job. In simplest terms, the market confirmed the rounding bottom and the 75-100 ES points thesis we had around 2700-2720 that upside was coming, and finally followed through per our white line projection charts.

Heading into this week, we have some pretty important levels such as 2786.75 and 2796, which are the prior highs on the weekly chart in June. As of writing, price is stalling on first try basis against the 2774 level, which is the 78.6% retracement of the 2796 to 2693.25 drop, so this is fairly typical given the large 100-point pullback into major support.

For now, expect the next following days just to be grind ups/consolidate in a high-level manner in order to stall against this 2780-2800 region as the market makes its decision on whether we break the June highs and accelerate towards the 2830-2840 region. Wait and see because short-term getting near extreme overbought, so typically price needs to consolidate/slow down a bit for moving averages to catch up like the good old days.

However, if the bull train starts accelerating to the northside quicker than we expect, then we will have to upgrade to new target immediately towards 2830-2840 instead of hitting 2780-2800 target first and waiting. The immediate trending supports are located at 2760, 2750 and Friday’s low around 2731, where the former is the most bullish scenario if the market keeps staying above it on the micro, and the latter is a must-hold level on daily charts now. 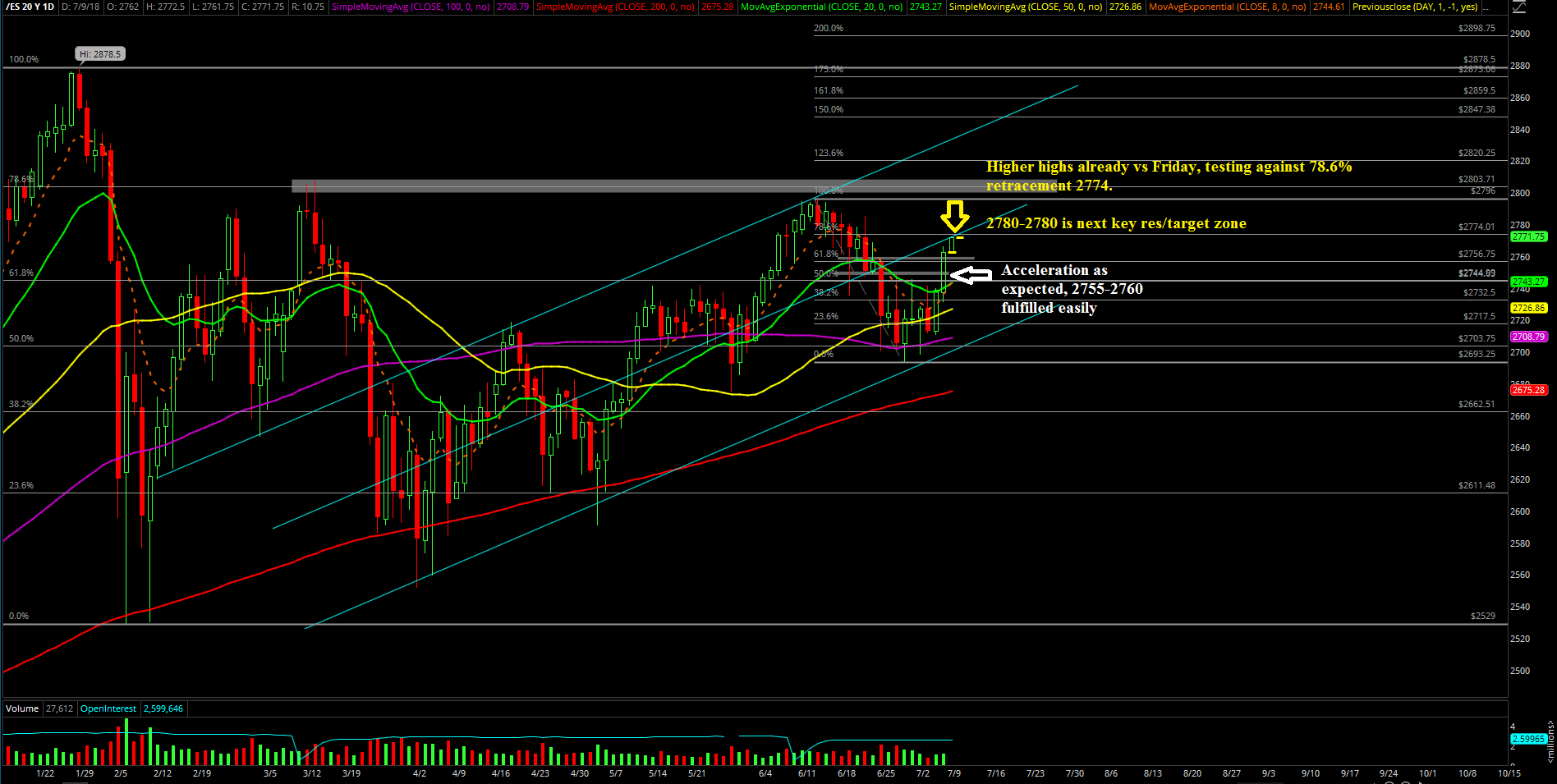 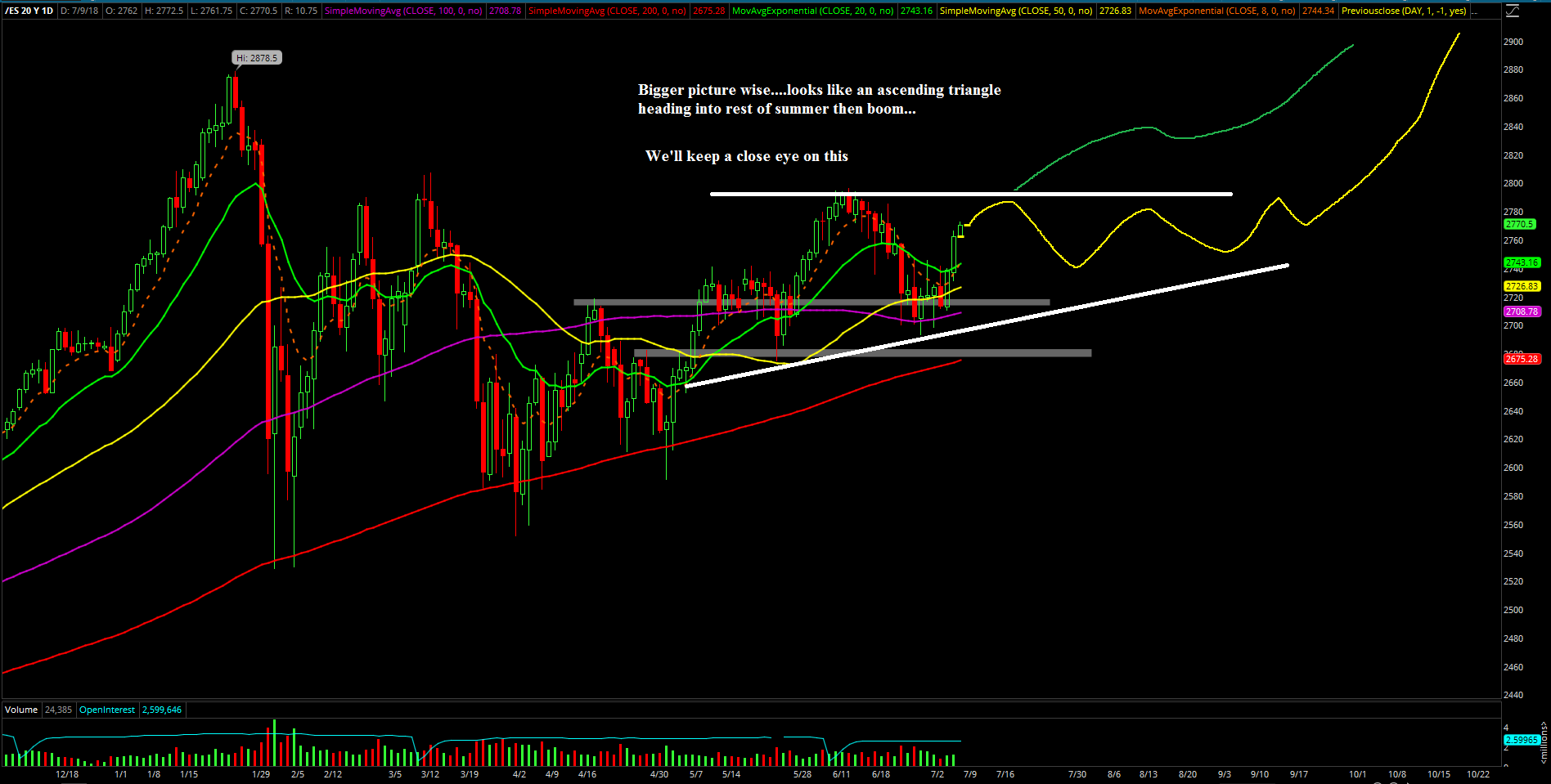 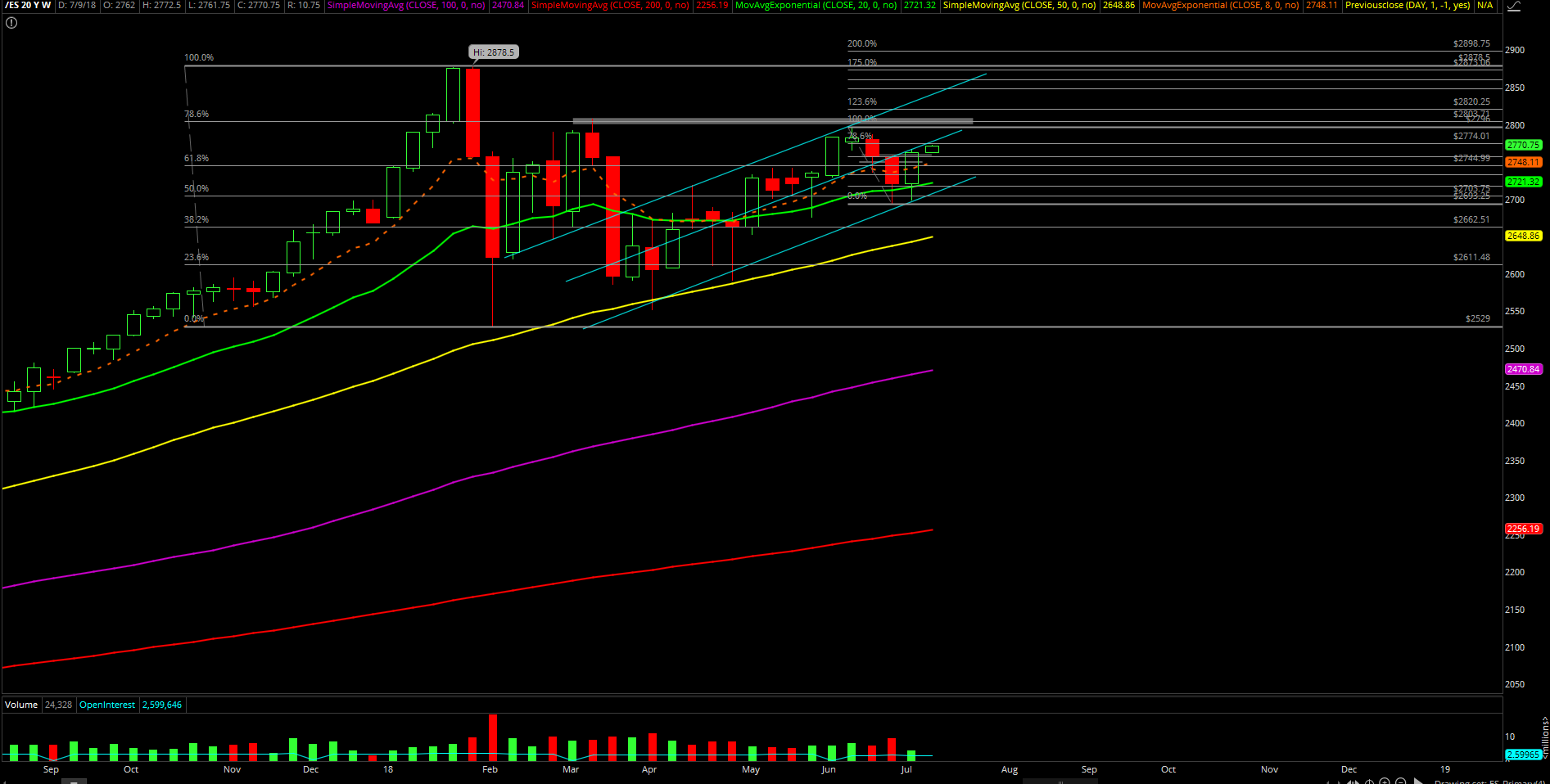 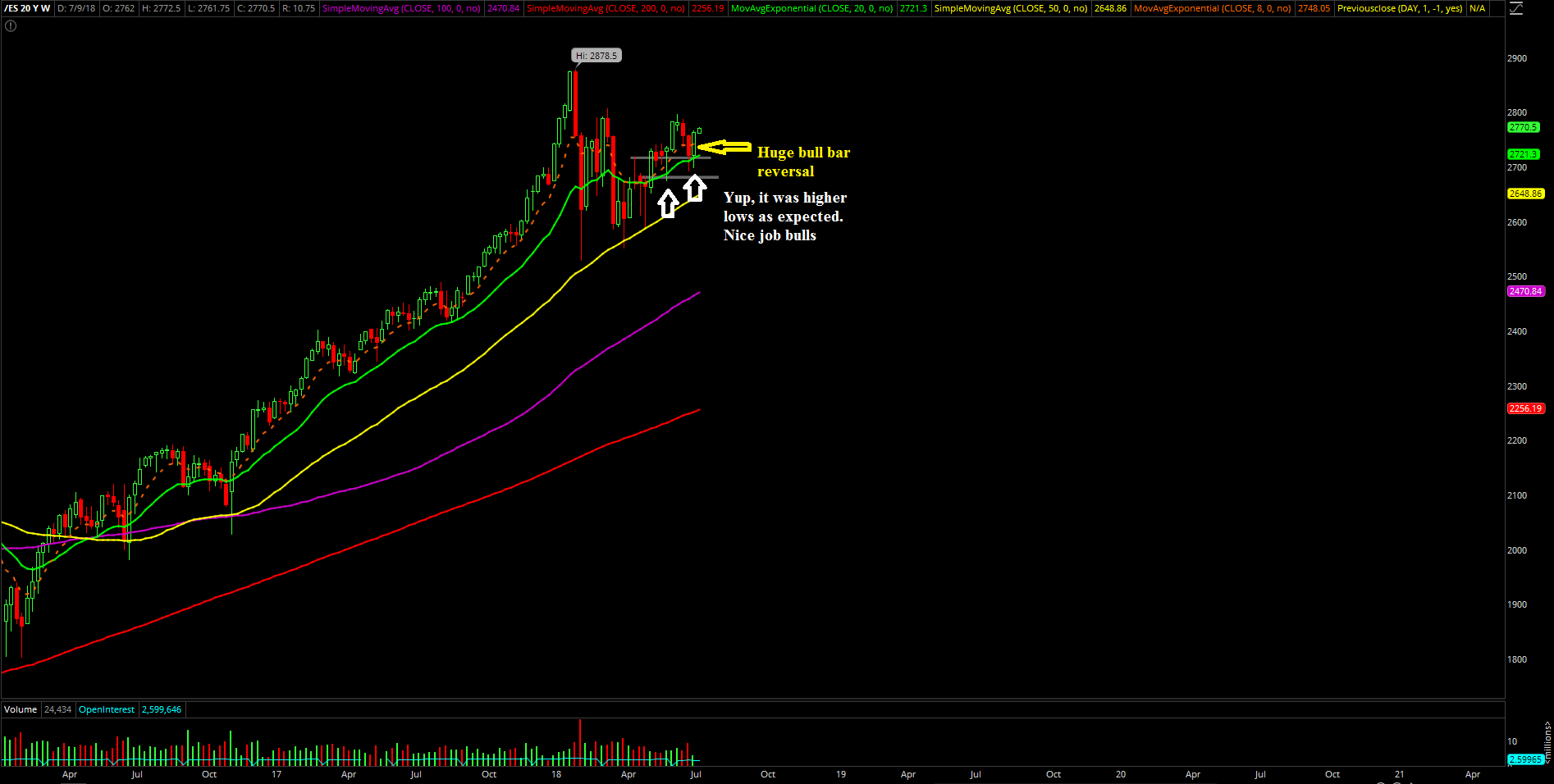 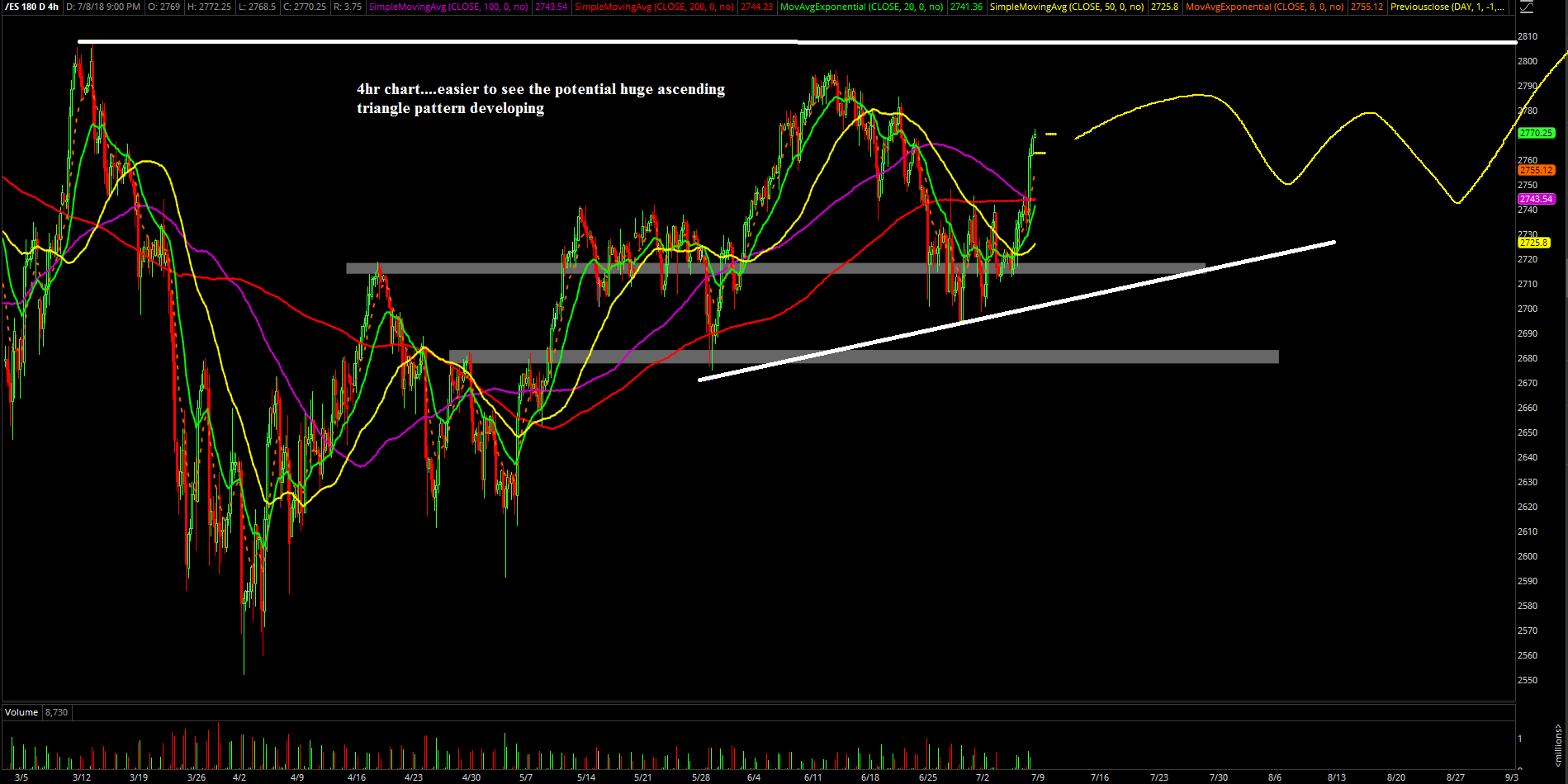 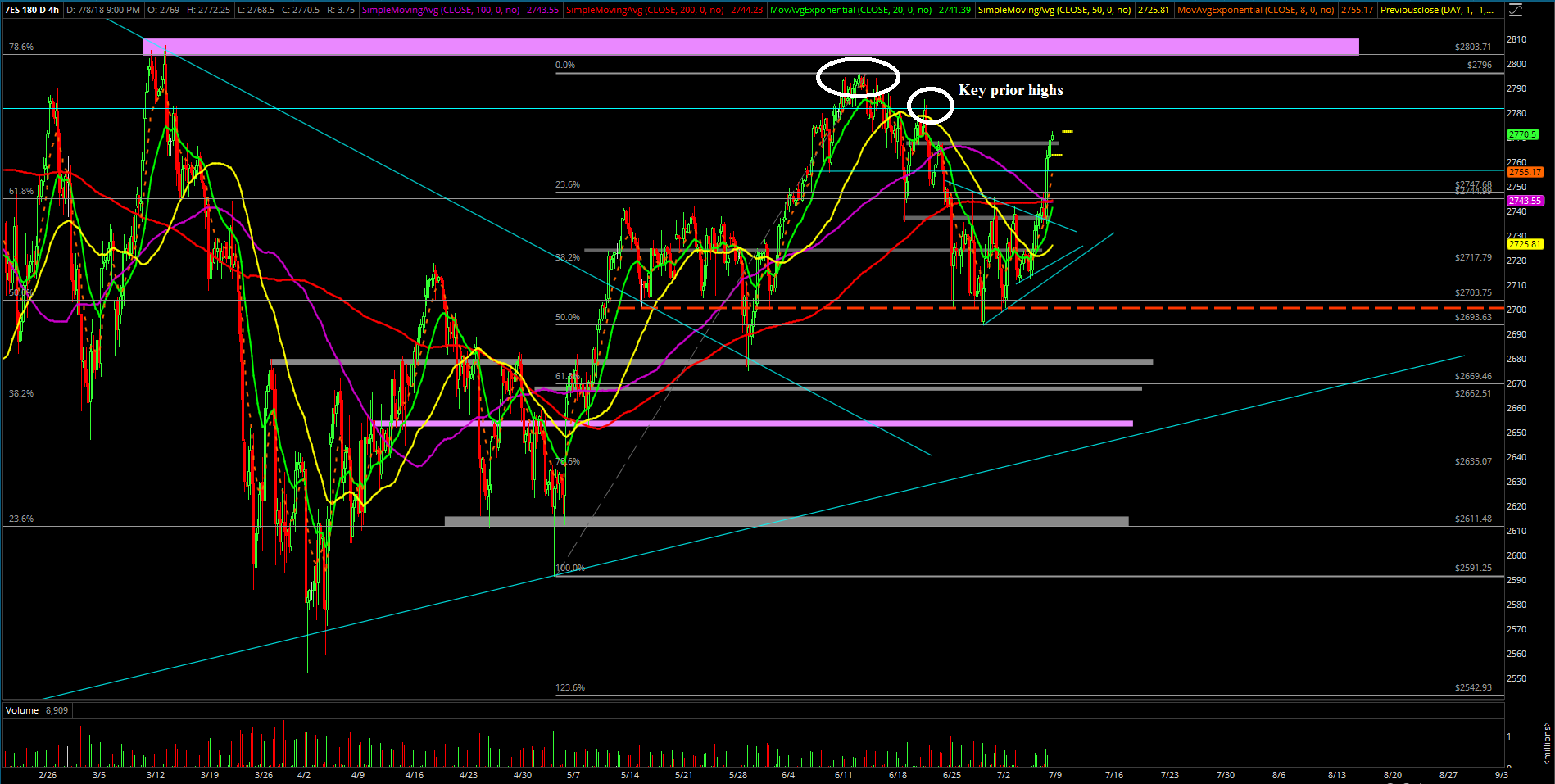 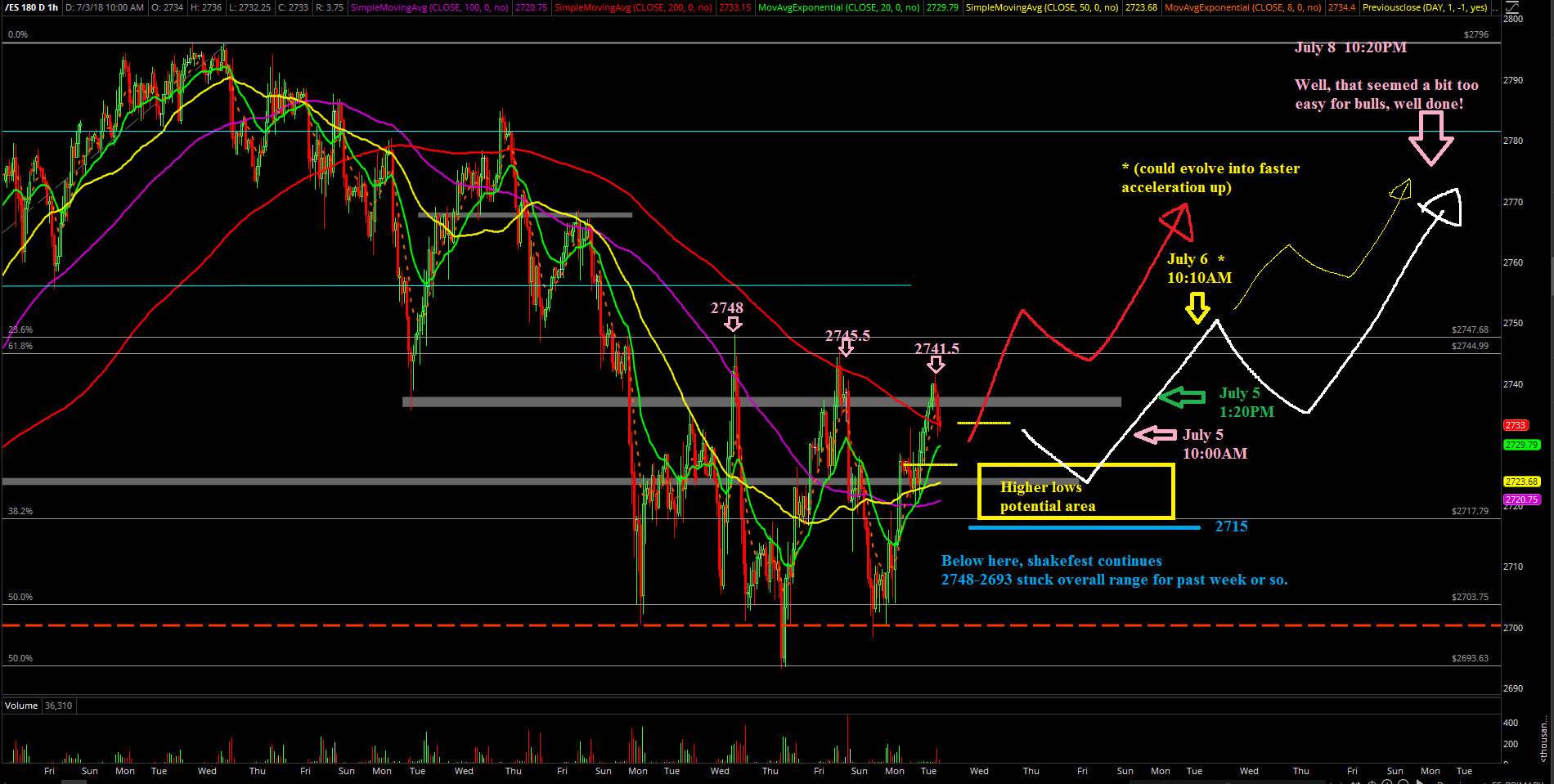 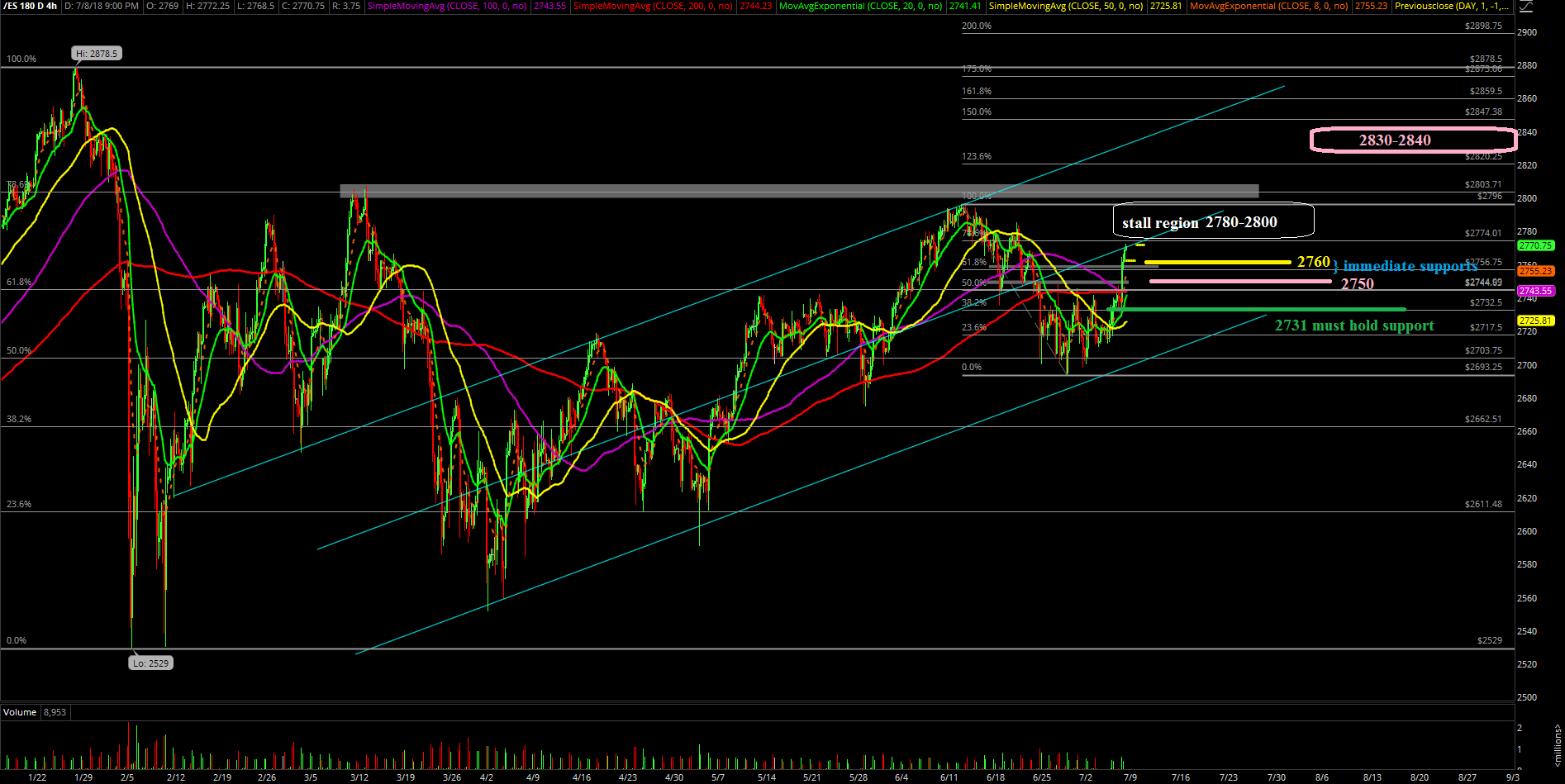 See chart reviews and projections on the S&P 500.
Ricky Wen is an analyst at ElliottWaveTrader.net, where he hosts the ES Trade Alerts premium subscription service.