Thanks for sharing your chart and ideas here!  I do think we're getting ST toppy here, though perhaps an IT top from a bit higher.  I do see a difference between the first and second periods on your chart as the first was in the midst of a 13-year bear market cycle, and the second was in the midst of a 26-year bull market cycle, so this period would be more like the second, rather than the first.

I do see the possibility for a sharp and fast decline in 2023-24, to mark the Hurst 18-year cycle trough, perhaps like what happened in 1987, though overall, I see the US markets continuing upward into ~2032. 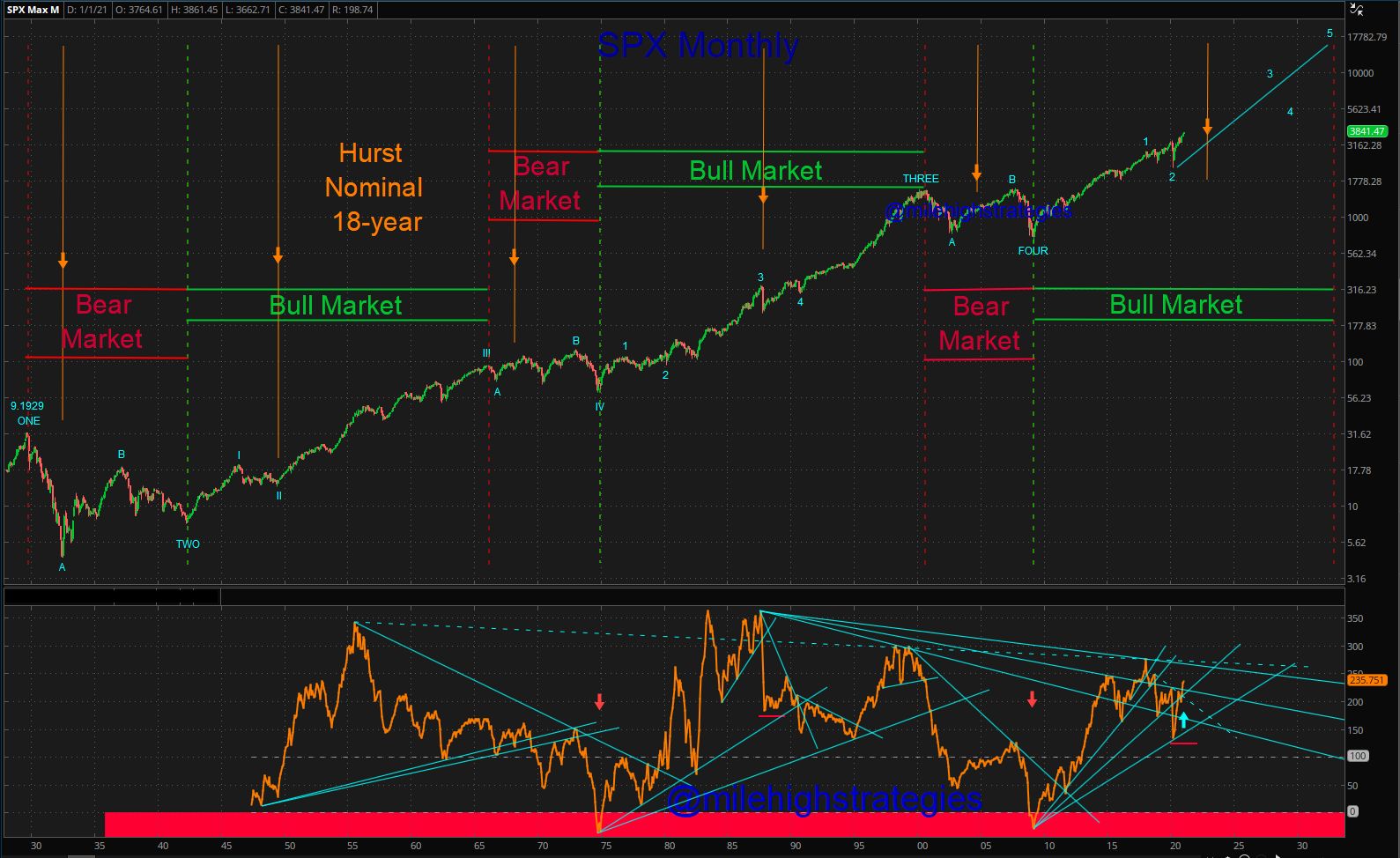 I had shorted via call options on DXD. After looking at geometry for SPX, I've decided to move my stop-out plan from close above 31,550 basis cash DJIA to a close above 4050 basis cash SPX. I found 5 projections on SPX that all land in the 3990 to 4012 range. I think closing above 4050 would likely invalidate this target area.