Despite the Big Pharma backed fear mongers, truth about Ivermectin is coming out

Uttar Pradesh has had absolutely STUNNING results since the Ivermectin kits went out. Nearly unbeleivable 99% case drop in just a few weeks, and flat-lined since then.

And the real nice thing is, they had a control group in Kerala which did not do the kits.

And despite this massive success, the Big Pharma backed WHO is trying to kill Ivermectin in India.

Here is the Case comparison: 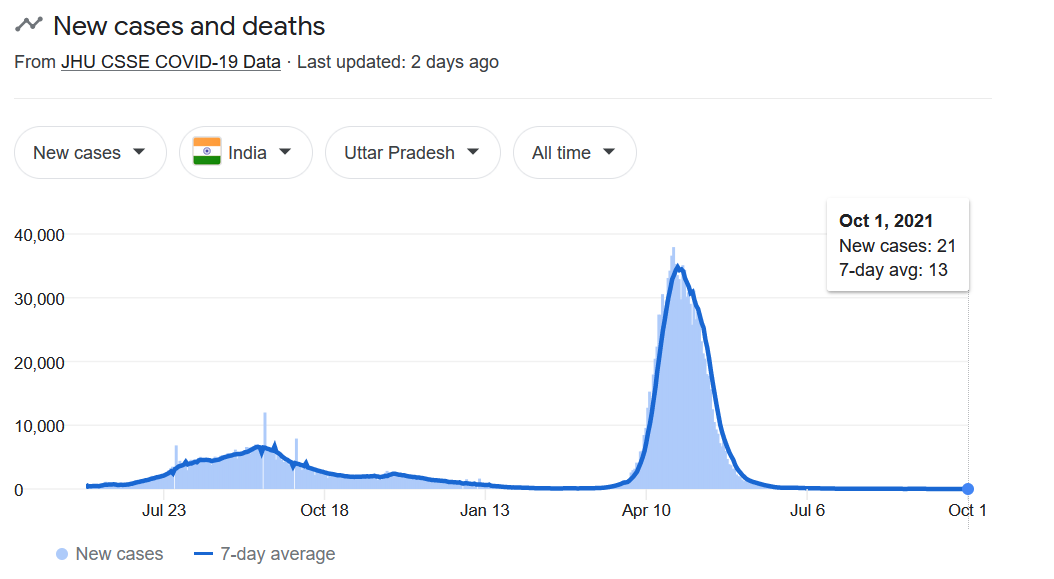 Kerala - adjusted for population, would be pushing 100K cases 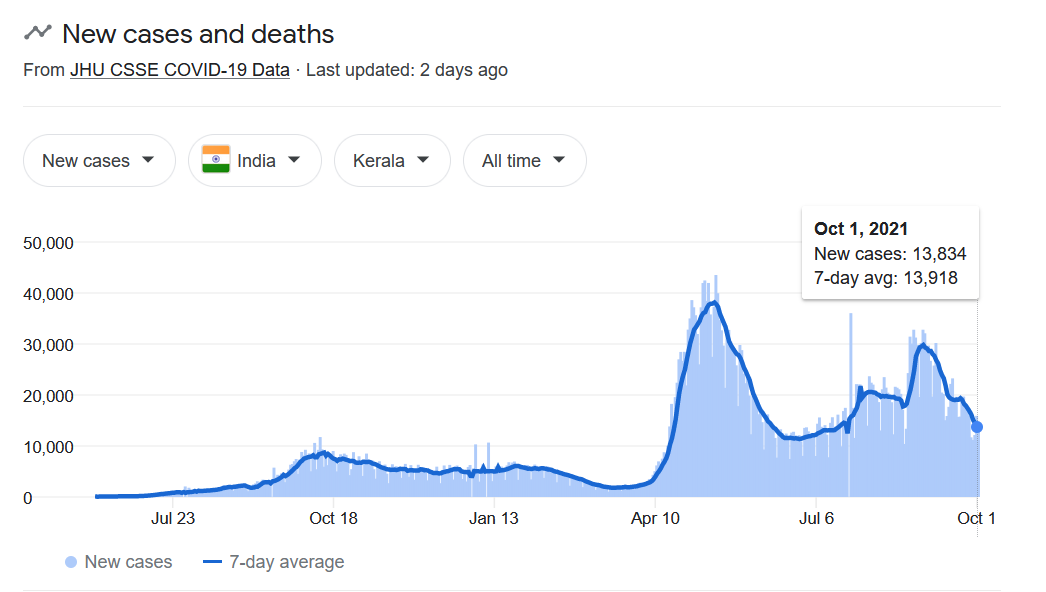 And the death difference per capita is equally stunning.

Assuming that Uttar Pradesh actually had at least 1 death, when adjusted for population, Kerala would be currently about 1000X worse. 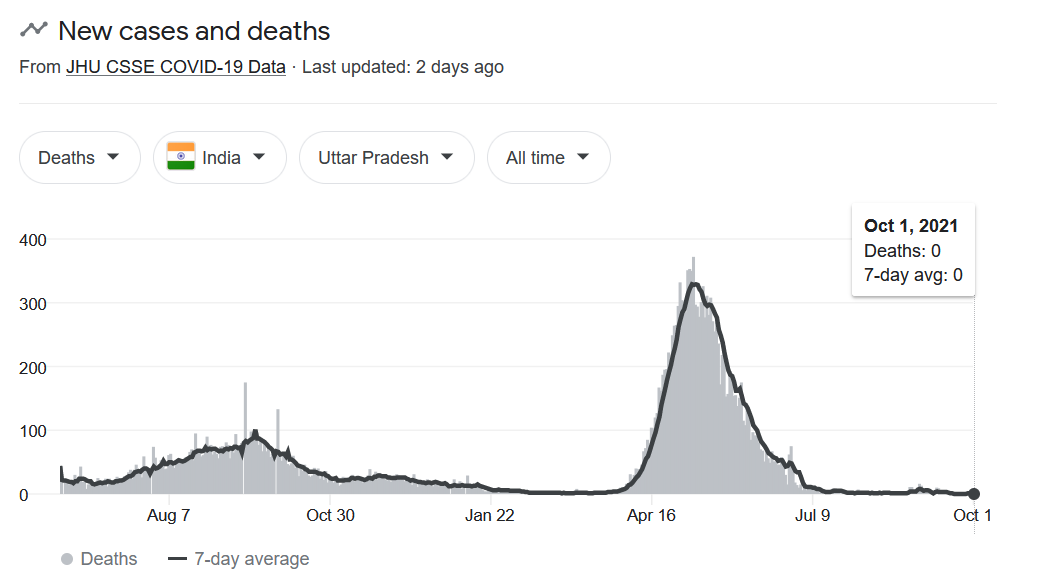 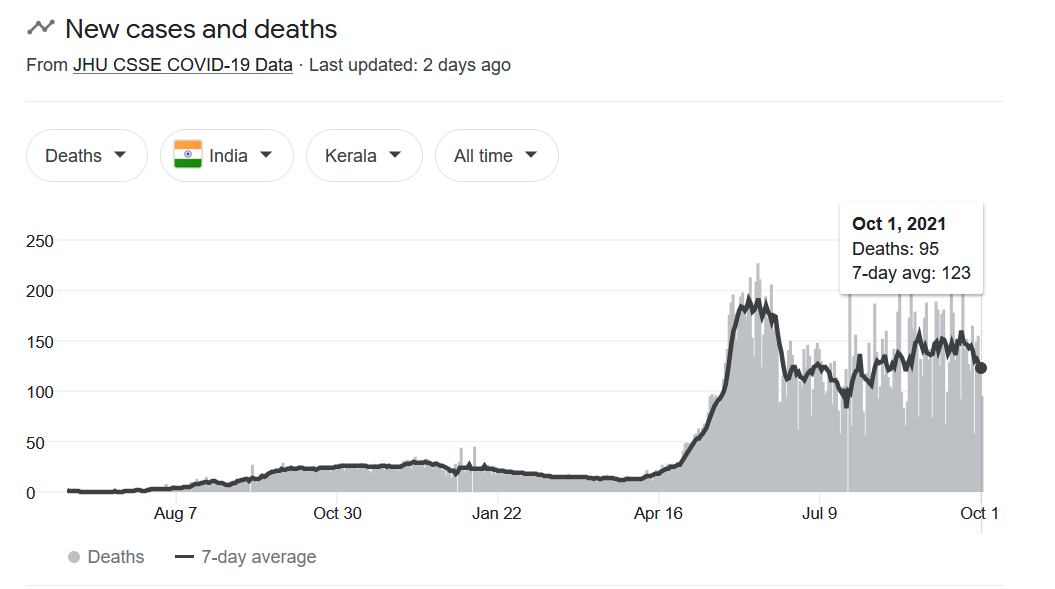 I was amazed by that too. Remarkable.

For all the Ivermectin advocates, don't you think it is time to take it or stop advocating it.   Please let me know once you're out, or if you make it out, of the hospital.

Florida’s Poison Control Centers say there’s been a spike in ivermectin near-poisoning cases in the state due to false online claims that the drug can be used to treat COVID.

We are seeing a spike in cases related to #ivermectin, a deworming medication. We’ve treated 27 patients in Aug, w/most involving use o/ivermectin made for livestock. Ivermectin has not been authorized or approved by @US_FDA for treatment or prevention of COVID-19. #ToxTuesday pic.twitter.com/wlsuLczVNS

(FOX 9) - The Minnesota Poison Control System saw an uptick in August for exposure calls for ivermectin, a drug falsely claimed to treat COVID-19.

Ivermectin is a de-wormer drug used for pets and livestock. In this form, the drug can be highly concentrated and could be toxic if taken by humans, according to the Centers for Disease Control and Prevention. While there is a human version of the drug, it is not an anti-viral drug nor does it have FDA approval or authorization to treat COVID-19. A recent National Institutes of Health clinical trial also found insufficient data to recommend ivermectin as a COVID-19 treatment

Within a year, Texas reported an increase of 552 percent of cases reported of ivermectin poisoning statewide," ABC News affiliate WFAA reported. Health care professionals believe the number is likely underreported because it's self-reported.

Mississippi faces a similar dilemma. With the highest number of new cases of COVID-19 across the country, Mississippi is also battling a surge in calls to poison control.

Just three of many.

Just for you Mark (if I recall correctly you're in Kentucky..

For all the Ivermectin advocates, don't you think it is time to take it or stop advocating it.   Please let me know once you're out, or if you make it out, of the hospital.

Already been there done that with multiple family members now, and a number of friends' families as well.

Now I wish I had taken some instead of taking the virus head on with no help, although my case was relatively mild.

None ever got close to needing hospitalization. All of them did just fine with Ivermectin's 3 days and out defense against the viral offense.

Will the the virus complete along one down the field occasionally? Sure, especially if multiple co-morbidities.

But for any reasonably normal person, seems to work exceptionally well....and fast!

Just for you Mark (if I recall correctly you're in Kentucky..

"Of the calls, 75% were from people who bought ivermectin from a feed store or farm supply store and treated themselves with the animal product."

DID YOU BOTHER TO READ THIS?.......or did you choose to just conveniently ignore it?

"Notice that Dr. Campbell does not mention a single person who had any toxicity from those ten 12 mg pills of Ivermectin - in the entire state of over 200 million. Not one poisoning was reported. No Indian poison control articles or telephone calls were reported. Out of millions of distributed medicine kits, each containing 120 mg of Ivermectin, not one person in Uttar Pradesh was reported to have had a problem with the drug."

The evidence is there and has been there for months on end. It has been suppressed all over the world. Maybe, just maybe it would be worthwhile to ask a simple question and USE YOUR BRAIN to try to figure out why this has happened. Let's see. You have a vaccine that is really NOT A VACCINE (and never has been) that is making some big companies and some well-positioned insiders TONS of money. It clearly doesn't work as well as the treatment that was used in India (or, of course that is just "MISINFORMATION" to those with their heads stuck up the government's butt). So why are governments all over the world suppressing a clearly effective and cheap alternative in favor of something that has NOT been proven to have long-lasting effectiveness. Why are people being ordered to take this so-called vaccine for something that has yet to kill even 1% of the population? And if it was so good to begin with, why are we now talking about boosters? Maybe you need to ask yourself......is this really about safety or is it about control? And what does history say about the people's lives (and livelihood) when governments have complete control of the population? Does their standard of living go up or does it go down? Is that really a hard question to answer? Go find some people who escaped communist China or Cuba or who came here from behind the iron curtain or Iraq or Iran. Yea, ask them. They know some things that some of us choose to ignore in search of UTOPIA.

I picked up a 50 ML vial of equine Ivermectin over-the-counter at my local ranch supply store.  I'm rural so it's everywhere, at feed stores, Tractor Supply, etc.   I called my Vet and asked him how to take this if either of us test positive (as we are un-vexed and NEVER plan to take the jab) and he said to simply follow dosing on the bottle for horses, which is 1 ML per 110 lbs bodyweight.  He said its safe, sterile (he said if its safe for a million dollar thoroughbred, its safe enough for you) and I am to simply take it orally, finish it with juice or sprite because it tastes like [bleeeep]!

I'm telling you all this so you can go to your local feed store or ranch supply and pick some up for yourselves and family.  This suppressive government will cease all physicians from prescribing it, regardless of results.  In today's world the new normal is politics over human life....