As a certified fool for symmetry and turn indicator junkie, I noticed that there are two upcoming triangle focus turn windows in the DJIA shown in the plot below.  One next month centered on about the 5th or 8th of November and another in early December centered on about the 3rd or 6th.  These type turn windows typically operate on horse shoes and hand grenade rules requiring a grace period of a couple of days in either direction.  Also this indicator doesn't exactly have a Lou Gehrig batting average, but not that bad versus similar tools.  At least I won't have long to wait to see if they are a hit or miss.

Sorry about the double post.  I don't have a clue what I did wrong.

Interesting as I have turns in those same areas.  Thanks for sharing.

Sorry about the double post.  I don't have a clue what I did wrong.

I'm also watching a few 'triangles'.  Dollar hegemony is the whole ball of wax.  How many more trillion worthless debt notes can the western hustlers pawn off before the world finally takes note that the emperor is naked? 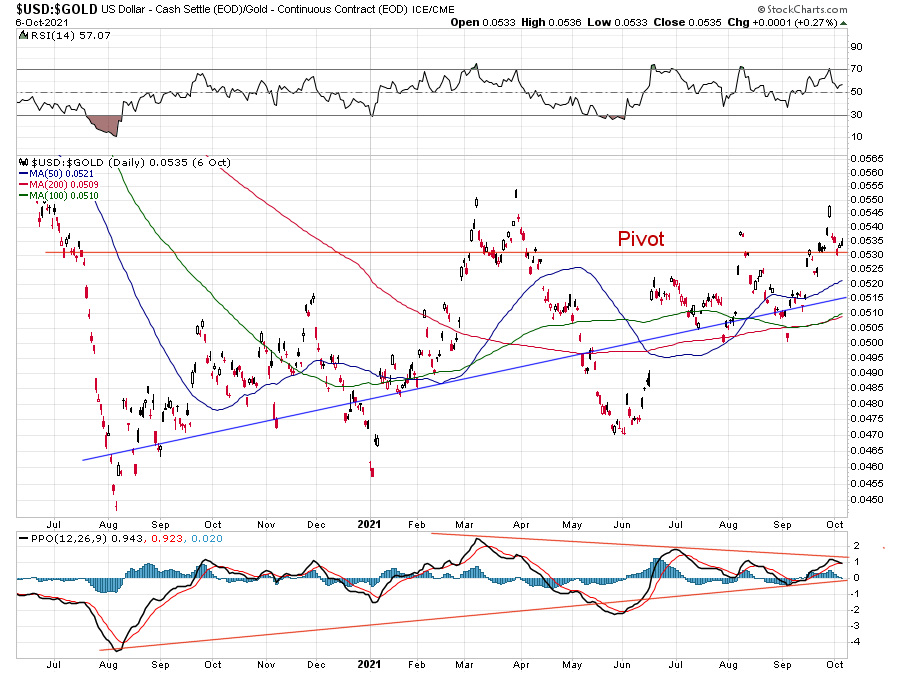 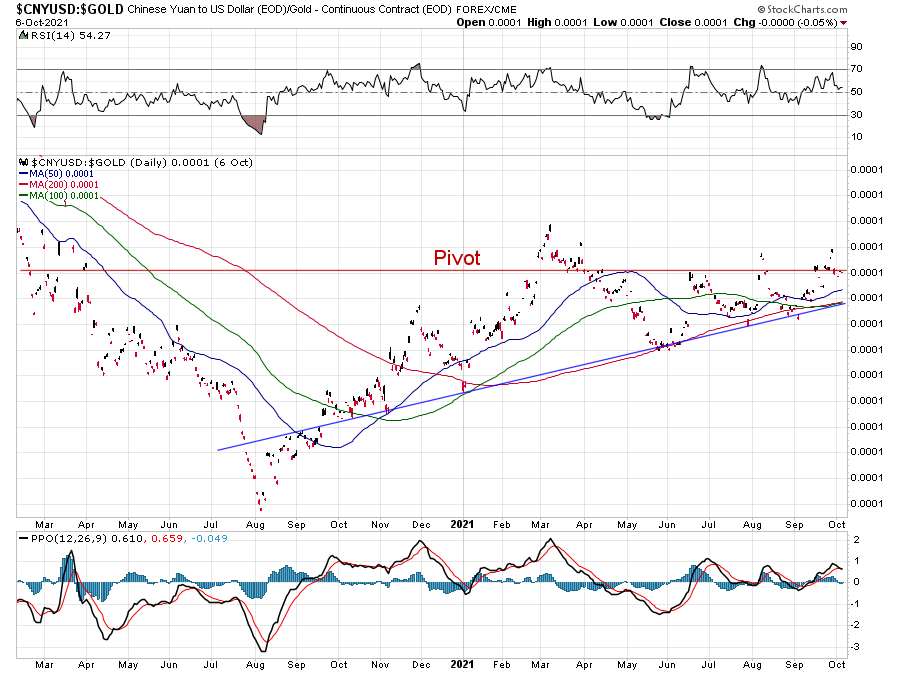 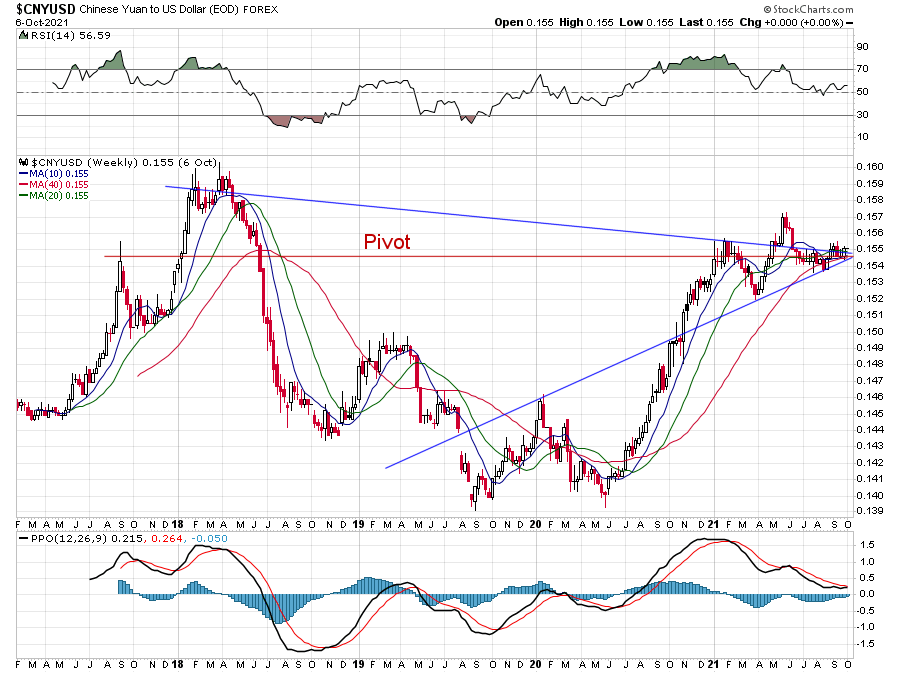 steadyquest, I thought the jig was up for the dollar in 2007 when the blond model Gisele refused to take them in payment for work.  I thought that if a blond super model could figure out that a currency which could be magically created out of thin air was fundamentally worthless, then it must be patently obvious, but of course that was a fabulous contrarian signal since the dollar made a historic low less than a year later in 2008 and has not seen those lows since.  As can be seen in the plot below, the dollar currently appears to me to be in an uptrend with support from the COT data which recently has pointed to an important low. 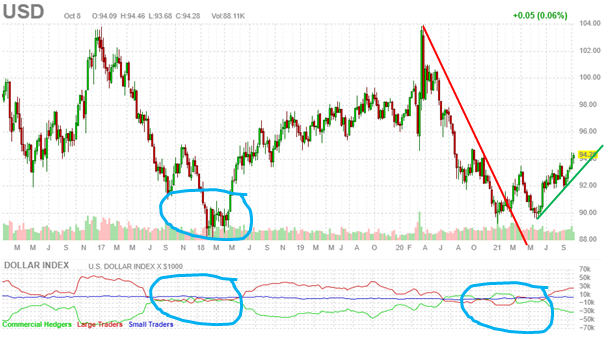 The dollar is rubbish until it is compared to what it can buy versus gold.  Gold has gotten way ahead of the current purchasing power of the dollar.  I look at gold this way:  A living wage today if you live in a city is about an ounce of gold a working week.  When I was a kid it was almost 5 ounces.  So today you can hire five times the labor for the same weight of gold.  An ounce of gold today will buy three times the copper that it could buy when I was a kid.  Gold is severely overprice based on what it can buy in the current market place, maybe not for the future one, but definitely the current one.

Given the totally mad funny money dollar printing, you would think the dollar would be pretty worthless versus the gold alternative, but that's not the case, at least not yet. However, there is an argument for gold which is as follows:  It may be a bit like the utterance of a man which was heard as he passed a 10th story window after jumping off a 20 story building, "So far so good".  The dollar's ultimate demise may be very non-linear.  The dollar is OK until one day it's not OK and worthless. That's the problem with the argument for dollar value that I made above. What if the future loss in value is very non-linear, and what if we can't know the point in time in the future at which it will become non-linear due to some unforeseen black swan event that suddenly makes the great unwashed masses all simultaneously realize that it's worthless?  That jumper was right until suddenly he wasn't.  The argument for gold is to avoid being that jumper at some point in the foggy future.  Ultimately I guess the choice of gold versus the dollar depends on how lucky and patient you are.