According to my risk summation system, the days this coming week with the highest risk of a turn in or acceleration of the current trend in the DJIA are Tuesday January 24th and Friday the 27th.  Both are weak signals, so a lame response would not be a surprise, but, of course, sometimes big surprises come in small packages.

Last week the 18-19 January risk window caught a 1000 point plunge and a low the magnitude of which will depend on trading this coming week. 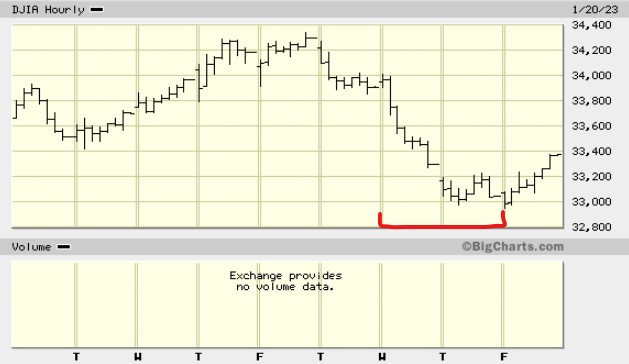 My current Elliott wave count is shown below.  I still haven't embraced the popular, very bearish we're-just-finishing-a-wave-2 count yet.  Chalk it up to my widely shared belief that J. Powell doesn't have the (inflation) killer instinct in him and will pull back right before the precipice and crank up the money pumps when the economy just starts to keel over.  The red "B" wave might take until the summer to finish. 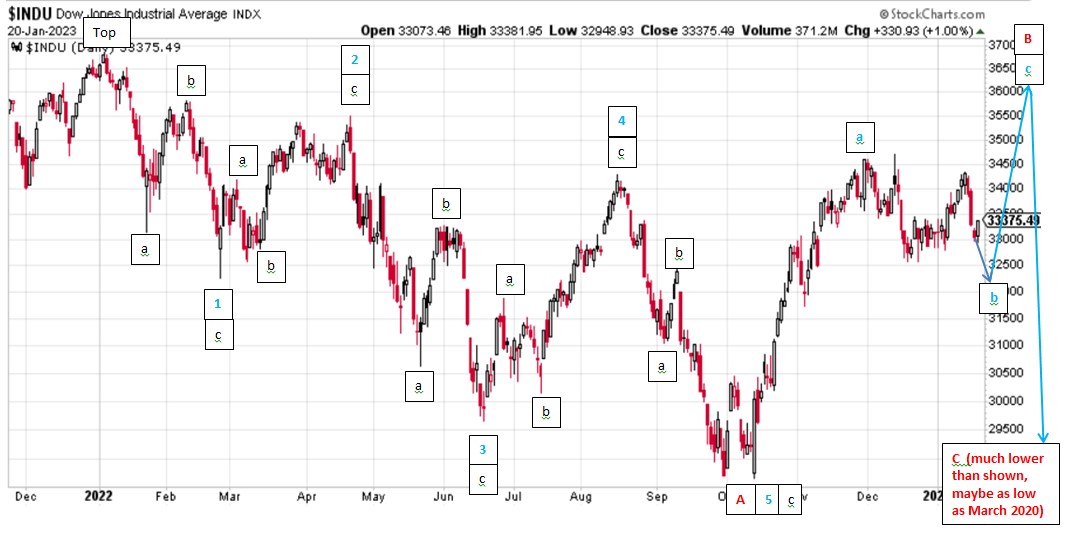 I thought the looming deficit fight might be a risk for more downside, but the McCarthy hold outs folded so easily that it's unlikely they'll do any better when it comes to holding the treasury hostage.  Janet has already taken steps to drag the misery out into the summer to buy time to work the budget problem, so it would appear that the noise currently being made is just kabuki theatre.