A majority of establishment academic climate scientists have succumbed to a virulent infectious disease - the CO2 Derangement Syndrome.

They have an inability to recognize the most obvious Millennial and 60 year  emergent patterns which are trivially obvious in solar activity and global temperature data. This natural climate cycle variability appears to them frightening and emotionally overwhelming. Critical thinking capacity is badly degraded.

The delusionary world inhabited by the eco-left establishment is epitomized by Harvard's Naomi Oreskes  science-based fiction, " The Collapse of Western-Civilization: A View from the Future" Oreskes and Conway imagine a world devastated by climate change.  Intellectual hubris, confirmation bias, group think and a need to feel at once powerful and at the same time morally self-righteous  convinces them that anthropogenic CO2 was the main climate driver. This led governments to introduce policies which have wasted trillions of dollars in a quixotic and futile  attempt to control earth's temperature by reducing CO2 emissions.

The origins of this disease can be traced to Ehrlich's 1968 book "The Population Bomb". He said:

" In the 1970s hundreds of millions of people will starve to death in spite of any crash programs embarked upon now. At this late date nothing can prevent a substantial increase in the world death rate"    http://climatesense-...millennial.html

By George Monbiot. Published in the Guardian 29th July 1999.   https://notalotofpeo...lobal-meltdown/

The global meltdown has begun. Long predicted and long denied, the effects of climate change are arriving faster than even the gloomiest prophets expected.

This week we learnt that the Arctic ecosystem is collapsing. The ice is melting, wiping out the feeding grounds of whales and walruses. Polar bear and seal populations appear to have halved. Three weeks ago, marine biologists reported that almost all the world’s coral reefs could be dead by the end of the coming century. Last year scientists found that between 70 and 90 per cent of the reefs they surveyed in the Indian Ocean had already expired, largely as a result of increasing water temperatures.

One month ago, the Red Cross reported that natural disasters uprooted more people in 1998 than all the wars and conflicts on earth combined. Climate change, it warned, is about to precipitate a series of “super-disasters”, a “new scale of catastrophe”.

The demographer Dr Norman Myers calculates that 25 million people have already been displaced by environmental change, and this will rise to 200 million within 50 years. The London School of Hygiene and Tropical Medicine reports that nine of the ten most dangerous diseases carried by insects and other vectors are likely to spread as a result of global warming. The British Government’s chief scientist has warned that climate change could cause the Gulf Stream to grind to a halt.

In the twenty years since, every single one of Monbiot's 1999 claims has been proved wrong.
Polar bear and walrus populations have increased.
Arctic sea ice has remained stable since 2007.
Coral reefs have not disappeared from the Indian Ocean.
Super disasters have not occurred.
Hundreds of millions have not been displaced.
Tropical diseases are not spreading because of global warming.
The Gulf Stream has not ground to a halt.

The hysteria has not stopped people from living in the southern part of the US - and running air conditioners 365 days a year.  At least up north here we use heat about 6 months out of the year and hardly ever need air conditioning in the summer.

CO2 levels are risin... and the vegetation is responding!

It's hilarious how the Central Control Statists, Collectivists and Globalists want more plants and less pollution but want to "capture" CO2 and starve the plants, just as CO2 is coming out of historic CO2 starvation levels. 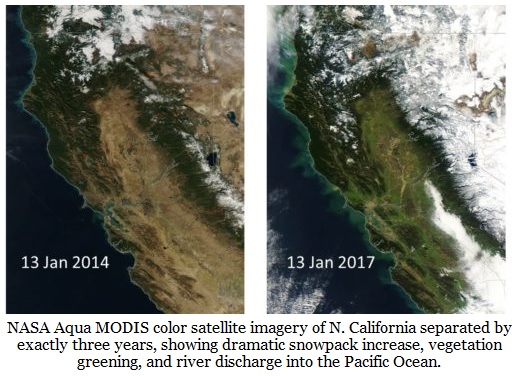 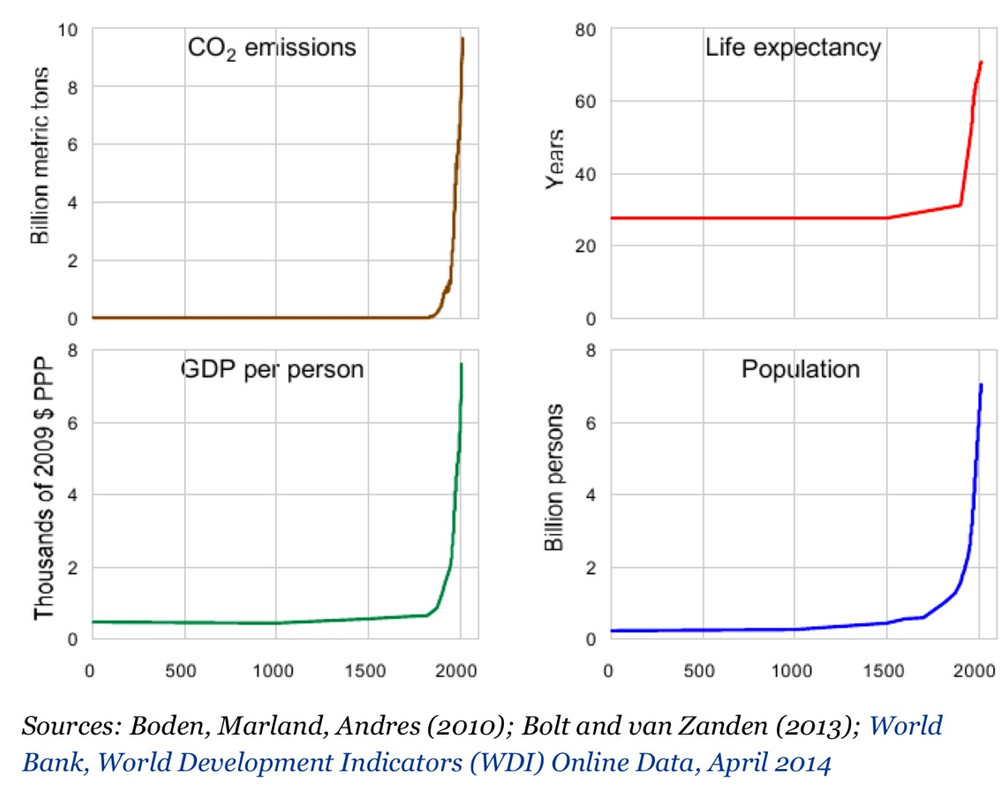