golds role in the new world?

What role will gold play in this new world we have now entered?

Need for endless printing ? lack of confidence in US govt?

What role will gold play in this new world we have now entered?

Need for endless printing ? lack of confidence in US govt?

The wave chart above seems to correspond to the seasonal gold turn to weakness around March 17th extending into May and then into early  August.

And also a Bradley time frame.

(Direction of change in Bradley supposedly does not correspond to market direction.) 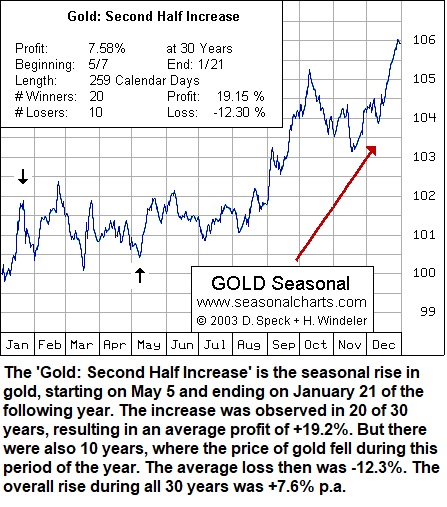 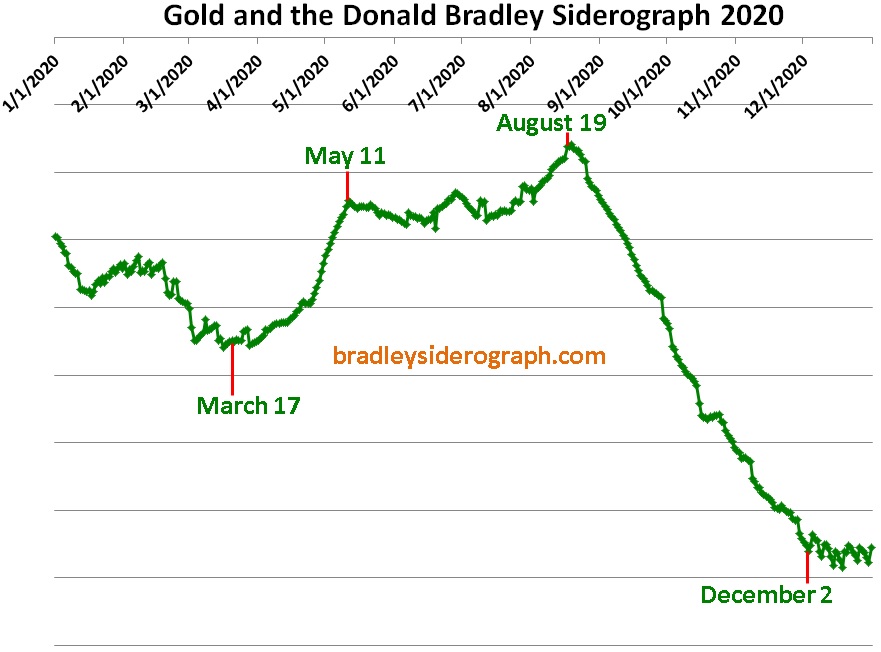 Since Roger brought astro into the mix,  what Dharma wrote should also be looked at:  he last leg higher in the gold market  did not see the miners make new highs w/gold , and that was the case in my account. that indicates to me that it was a 5th wave.  so i am thinking that wave 3 could have finished and we are in wave 4 here . i was looking for 1450 and whoosh that happened in an eye blink.  which i i believe will be the lows.  if not we go and test the 1377 breakout.  so my assumption is we are bottoming here and will head higher

now i want to switch to taking this from a vedic astrology point of view. there is an 18.5 yr cycle that involves the rahu and the ketu. the ancient rishis could not see uranus, neptune , and pluto , but they could feel their energies, they captured those energies in the rahu and the ketu . at present rahu is in gemini in the nakshatra (star)of ardra and ketu is in sagittarius in mula star. these are very evil and destructive stars. the virus appeared  and persists while these planets are in these stars.   01 9/11 happened. 82 aids happened 63 kennedy was assassinated  etc.  rahu and ketu  leave these signs on 4/22 i think by then if not before the panic from the virus will be gone and maybe the virus forever

at present all the planets  are inside the dragon , rahu and ketu make the dragon. so those 2 are dominating everything , news, life etc. this is going to change

the last solar  eclipse we had was on 12./26  5 planets were in sag when the eclipse occurred. so it was a powerful occurrence.  mars the planet of war, impulse, energy was part of that on the 22-23 march mars enters into capricorn . where it is in its highest vibration it is exalted.  i  hope there is not a war, but this will trigger a new energy  so things will begin to change.  mars joins saturn in capricorn , saturn is at home in this sign so both planets, although opposites are very powerful. then by the 31  there is a shift.

so i believe by the 31st we should see a shift in the gold market  and the birth of a new leg higher.

i will not label it until it gets underway and until the 1st correction occurs after a 5 wave advance.  maybe due to transport issues, but at present i am reading there is a shortage of physical gold and silver. premiums on silver have expanded

the shift on the 31st is jupiter enters capricorn. jupiter is the indicator for gold . it is debilitated in capricorn , but it will get strength from mars and saturn which are both in capricorn

hm vs the dow in the depression https://pbs.twimg.co...=jpg&name=small

Gold looks to have a bull flag that is on the verge of breaking out from a basic charting perspective...

http://marketvisions.blogspot.com/
Back to The Gold & Commodities Board