Is our sun going into hibernation?
Each sunspot cycle has been getting less intense.

Is our star falling asleep?

All About Space magazine

“During the Maunder minimum, when we couldn't detect any sunspots, the question remains how well could we detect very faint sunspots then or even now?” she told All About Space.

"We don't know and have no measure of that."

The uncertainty associated with detecting no sunspots is much harder than counting them during solar maximum.”

The McIntosh team predicts that Solar Cycle 25 will, in fact, be strong. In marked contrast to scientific consensus, they say it will be among the strongest ever recorded. Perhaps even in the top 10 of every one on record. “But until that event happens, we won’t know for sure.”

One caveat: “The McIntosh technique has yet to make a true prediction.

That is, one for which there is no knowledge of the future.

It’s very difficult for a panel to give much weight to a technique that is new, which has never made a prediction that can be tested.”

Real Scientists agree: "There are still many open questions." 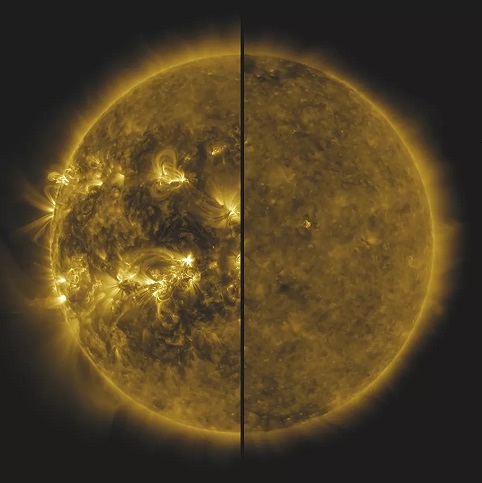