Do Forced injections, mask mandates, etc. pave the way for even greater loss of freedom?
Even stone is  eroded by drips of water 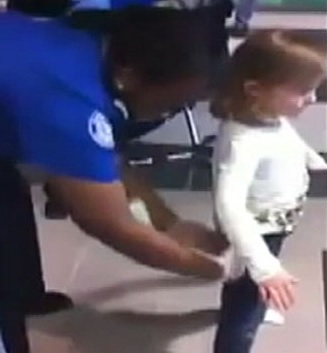 Coming to a town near you..."To save the planet":

Forced abortions associated with administration of the one-child policy have occurred in the People's Republic of China; they are a violation of Chinese law and are not official policy. They result from government pressure on local officials who, in turn, employ strong-arm tactics on pregnant mothers.

China's forbidden babies still an issue - BBC News
Oct 28, 2016 — "The local government carries out pregnancy examinations every three months. If we weren't in hiding, they would have forced us to have an abortion."

The agency is far more of a threat than the dangers from which it supposedly protects us.

Are they talking about the World Health Organization? No, not yet anyway.

The TSA has proven itself skilled at harassing travelers and freaking out over pocketknives and water bottles while steadfastly failing at its assigned task of making air transportation any safer. The TSA, in short, is an awful example of government in action.

"The TSA is failing to defend us against the threat of terrorism," security expert and frequent TSA critic Bruce Schneier pointed out in 2015. "The only reason they've been able to get away with the scam for so long is that there isn't much of a threat of terrorism to defend against."

"Internal investigation of the Transportation Security Administration revealed security failures at dozens of the nation's busiest airports, where undercover investigators were able to smuggle mock explosives or banned weapons through checkpoints in 95 percent of trials."

"TSA agents failed 67 out of 70 tests, with Red Team members repeatedly able to get potential weapons through checkpoints."

The figure represented a 260 percent increase from the previous coverage year, 2020, where the FBI had conducted around 1.3 million searches.

At a press briefing in Washington on Friday, an FBI official admitted that “3.4 million is certainly a large number. I’m not going to pretend that it isn’t.”

Authority for the FBI’s activity was cited as drawing from Section 702 of the Foreign Intelligence Surveillance Act. That law, passed in 1978 during the Cold War, authorizes collection of private data by “non-U.S. persons,” though their communications with U.S. citizens and lawful permanent residents may be accessed, as well.

DRIP by DRIP, freedom and liberty disappear until the next revolution.

Big Brother is snooping into your private life.

Some seem to accept it for their "Safety".

Nov 21, 2019 — China—projected to have one CCTV camera for every two people by 2022—is a harbinger of what society looks like with surveillance unchecked.

China Bolts Residents Into Apartments in Desperate Pursuit of Zero-COVID...

The Centers for Disease Control and Prevention (CDC) bought access to location data harvested from tens of millions of phones in the United States to perform analysis of compliance with curfews, track patterns of people.

The documents also show that although the CDC used COVID-19 as a reason to buy access to the data more quickly, it intended to use it for more-general CDC purposes.

Researchers have repeatedly raised concerns with how location data can be deanonymized and used to track specific people.

Thousands Of Covid-negative Beijing Residents Sent To Quarantine
May 21, 2022

Thousands of Covid-negative Beijing residents were relocated to quarantine hotels.

"Please cooperate, otherwise you will bear the corresponding legal consequences."

Over 13,000 residents of the locked-down Nanxinyuan residential compound in southeast Beijing were relocated to quarantine hotels.

"Some of us have been locked down for 28 days since April 23, and we all tested negative throughout,"

wrote one resident on the Twitter-like Weibo.

Guns, kitchen knives, cars, gasoline and big rocks are all assault weapons in the hands of some people.

We need to ban people.

She confided in doctor about her depression. Then govt took away driver's license...

The Bath School disaster, also known as the Bath School massacre, was a series of violent attacks perpetrated by Andrew Kehoe on May 18, 1927, in Bath Township, Michigan. The attacks killed 38 elementary schoolchildren and 6 adults, and injured at least 58 other people. Prior to his timed explosives detonating at the Bath Consolidated School building, Kehoe had murdered his wife, Nellie Price Kehoe, and firebombed his farm. Arriving at the site of the school explosion, Kehoe died when he detonated explosives concealed in his truck.