Immigration is the #1 issue in the world today


49 replies to this topic

Did you know that Immigration is killing the honey bees?

The global spread of a virus that deforms the wings of honeybees and kills them in droves was caused by humans transporting them to foreign countries.

I wonder if human immigrants should be checked for diseases?

get away from the cult cesspool democrat racists cities.

I pretty much got life setup how I want, grace of god I guess. I don't like

that I am nearby military site but it is a heavily armed population.

and find a life there. There might be .01% of economy involved in creating an economic value, these are a

needle in the hay stack.

positions don't open up for the child tuition debt slaves. The older  parents appear to be covering the

tuition debt and will never retire, I think that generation had the children in the later years too putting them

pretty old and broken down. To push on through older age would involve new inflated car loans,

Tax rates were never prorated down to 1/5 per 5x consumer inflation since 1970.

The average car sold is over 30k now.

Old workers might not be able to do the house painting, lawncare, cleaning, as well and consume much

You got racist occult running the white trash slave harvest plantation, nothing new under the sun.

You got racist occult running the white trash slave harvest plantation, nothing new under the sun.

At first your post seems off topic, but when one realizes that this immigration push for the unskilled is mostly about CHEAP LABOR for the Chamber of Commerce, (in addition to an ever expanding base of government-dependent voters) then it makes sense.

Older Americans are burdened with unprecedented debt loads as more and more baby boomers enter what are meant to be their retirement years owing far more on their houses, cars and even college loans than previous generations.

The average 65-year-old borrower has 47% more mortgage debt and 29% more auto debt than 65-year-olds had in 2003, after adjusting for inflation, according to data from the Federal Reserve Bank of New York released Friday. 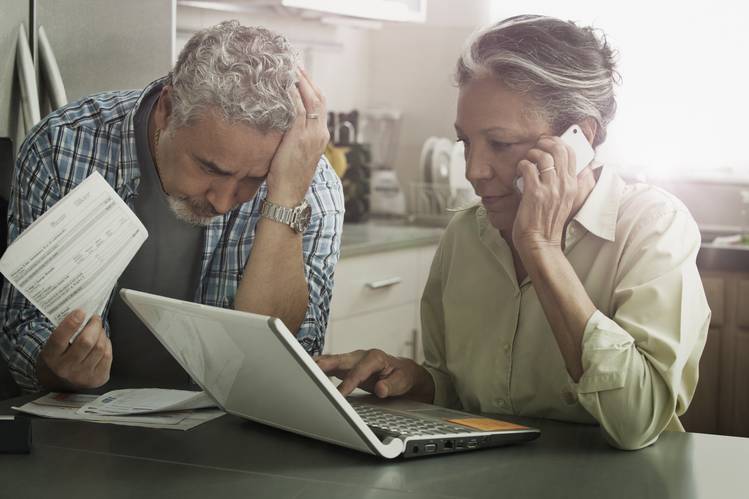 "RETIREMENT?  That's going to be in Automotive services in the back of Walmart" said the 80 year old greeter at the front door. 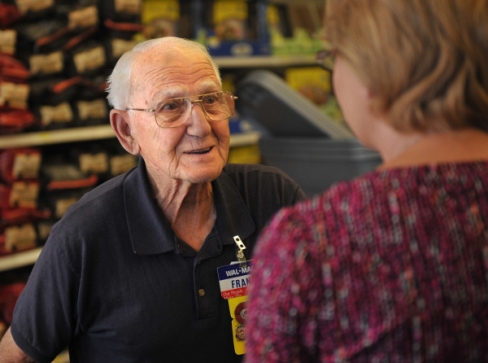 health screening that qualifies them for some early disability teat for all of one year because SS is done in one year.

It seems like the sacrificed cannibalized child tuition slaves are conscripted by exec order and will be depopiulated,

the chanting pig ignorant served up their first born I think bible says something about that.  That leaves us with the newest electronic generation that never

saw a clinton tv leg presstitute and don't buy any of the Satanism chant, they will be a control problem for occult.

memory to recount how it happened.

When the boomers pensions are harvested, I don't know it might take 7 to 8 years at negative interest rates to

collapse all pensions the overlords don't have much use for the old. Basically depopulation.

taxed slaves don't have savings to get an offshore sanctuary.

During an episode of 60 Minutes of CBS News on the changing face of Sweden, the camera team and reporters were ambushed and attacked by a group of masked immigrants as soon as the police that escorted them left.

Sweden, like Germany, pursues an "no limit, open border" policy towards illegal immigration of Muslim men from the poorest nations in Africa and the Arab world.

This tiny nation of just over 9 million inhabitants accept a sizable percentage of its population in immigrants while having one of the lowest birth rates in Europe. It is expected that Swedes will be a minority in Sweden within 2 decades.

Americans forced to train immigrants to take their jobs for cheaper labor.

Anti-Immigration Party Wins First Round of Austria Elections: “We are Not the World’s Social Department”
Austria’s far-right Freedom party running on an anti-immigration platform picked up over 35% of the vote in Sunday’s poll, far more than any other candidate.
https://mishtalk.com...ial-department/

Austrian Chancellor Werner Faymann resigned on Monday, becoming one of the most prominent casualties of the political upheaval sweeping Europe amid the migration crisis.

The mayor of a village in Germany had to be hospitalised after he was severely beaten in a suspected far-Right attack over his support for asylum-seekers.

Joachim Kebschull, the mayor of Oersdorf in the northern state of Schleswig-Holstein, was attacked from behind as he walked to a planning meeting on Thursday night.

Police believe the attack is linked to the mayor’s support for plan to accommodate asylum-seekers in the village.

The tiny village of just 870 people has been the scene of growing tension in recent weeks.

The planning committee meeting had already been postponed twice over bomb threats, and police had secured the site ahead of Thursday’s planned session.

San Francisco supports immigrants — just not into our neighborhoods

We pride ourselves on our rejection of plans to tighten immigration controls and deport undocumented immigrants. Yet city meetings have become heated and divisive where we openly discuss exactly which kinds of people we want to keep out of our city.

San Francisco progressives view living in certain neighborhoods as a privilege to be earned, and see nothing wrong with preventing certain groups of people from moving in, a traditionally conservative view.

Tech workers have now become the most visible of those whom neighborhood groups seek to exclude. Tech workers have been been cast as shallow opportunists who indifferently displace existing residents