12 replies to this topic

Maybe fake news, but here is the actual data from California:

Orange County — a non-mask-mandate county — had a very similar outcome to neighboring Los Angeles County, the first California county to bring back indoor masking in response to delta. Not only were the hospitalization figures identical, but Orange County actually had a lower case rate. Orange County has a similar vaccination rate to Los Angeles County (Los Angeles County's rate for the total population is 61%, just two percentage points lower than Orange County's), which makes it much easier to compare the two counties to one another than it is to compare Solano County to the other Bay Area counties.
Interestingly, San Diego County — which has a higher vaccination rate than Los Angeles and Orange counties — had a higher case rate than those two counties, but similar hospitalization figures. San Diego, Los Angeles, Orange and Ventura counties had near-identical hospitalization outcomes despite different mask policies.

Maybe Fauci was right the first time when he said on 60 Minutes:

“There’s no reason to be walking around with a mask,” he answered.  “When you’re in the middle of an outbreak, wearing a mask might make people feel a little bit better and it might even block a droplet, but it’s not providing the perfect protection that people think that it is. And, often, there are unintended consequences — people keep fiddling with the mask and they keep touching their face.”

Three days later, though, Fauci’s advice went unheeded as mass panic took over when the NBA suspended its season and Tom Hanks announced he had contracted the virus.  Masks started getting hoarded right along with hand sanitizer and toilet paper.

When the Centers for Disease Control and Prevention (CDC) abruptly changed course on April 3 and began recommending mask-wearing in public, Fauci went along with it, but it was rather obvious he didn’t really believe it.

Can We Finally Admit That Mask-Wearing Was Pointless?

do you feel we should not have worn masks or got vaccines at all ?

Masking is utterly pointless with respiratory viruses. Especially the way most folks mask.

Masking is utterly pointless with respiratory viruses. Especially the way most folks mask.

Actually potentially more harmful (if you think getting closer to herd immunity is harmful), as it gives a false sense of security...pretty much the same as the Gene Shots.

Both have allowed people to gather much more closely together and spread at will.....and for the very vulnerable, that is probably not a great thing.

what is the point to all these posts

You can't be serious.

Here's what the data says: Not Really: "hospitalization figures identical"

Data is factual information used as a basis for reasoning, discussion, or calculation.

Scientists record and analyze this data.

The process is a central part of the scientific method.

Truth seekers accept data even when it goes against their preferences, prejudice or preconceptions.

I love the posts Roger so keep it up and your statement at the end about truth seekers is so true.  People are so blind today its ridiculous...  All you have to do is look around and ask yourself is this really a pandemic lol!!

12SPX... IF we can trust the data and the CDC "experts" who likely got us here in the first place.

I wonder who owns Moderna stock, and are they the "Mandaters"...Hmmm

Even more shocking data: Do NOT ride in an automobile to get a J&J shot in the U.S.! 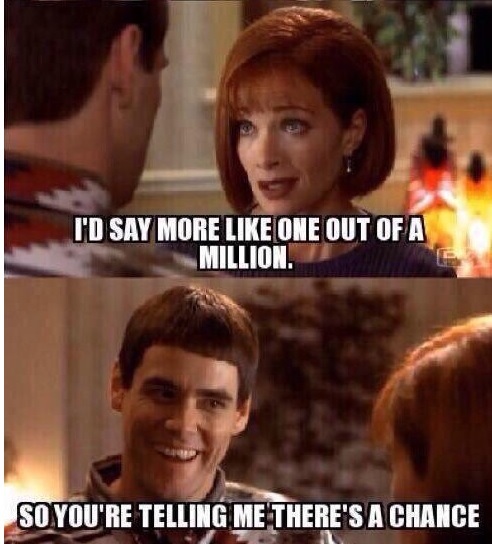 
Even more shocking data: Do NOT ride in an automobile to get a J&J shot in the U.S.!

I take my bicycle and go to da beach, not to get ‘shot’.

If you can't buy Happiness, STEAL IT!

I take my bicycle and go to da beach, not to get ‘shot’.