RE: the original post, I said Cali has 12 years to get ready to charge electric cars, and that would be good to minimize greenhouse gas and climate change.

If anything has changed, blame the Urban Heat Effect! Ban CONCRETE!

Climate Change is REAL! It has been going on since creation!

California's droughts, fires and floods existed in the 1800's, and way before that.

So now we are discussing climate change.

Scientists state CO2 is a greenhouse gas that radiates heat back toward earth.  Sunlight passes through the atmosphere, hits the earth and releases its energy as infrared radiation (IR).  CO2 (among other gases, but the most abundant one in the atmosphere) interacts with the IR differently than oxygen and nitrogen.

Carbon dioxide is Earth’s most important greenhouse gas: a gas that absorbs and radiates heat. Unlike oxygen or nitrogen (which make up most of our atmosphere), greenhouse gases absorb heat radiating from the Earth’s surface and re-release it in all directions—including back toward Earth’s surface. Without carbon dioxide, Earth’s natural greenhouse effect would be too weak to keep the average global surface temperature above freezing. By adding more carbon dioxide to the atmosphere, people are supercharging the natural greenhouse effect, causing global temperature to rise. According to observations by the NOAA Global Monitoring Lab, in 2021 carbon dioxide alone was responsible for about two-thirds of the total heating influence of all human-produced greenhouse gases.

Here is a video that visually shows how the CO2 heat dispersion works.

And for the real nerds, here is an article that explains the molecular level physics of why CO2 is a greenhouse gas.

Abstract
The layer model assumes that the atmosphere acts as a blackbody in the infrared,
absorbing and emitting all frequencies of IR light. In reality, gases absorb IR
light selectively, and most of the gas in the atmosphere doesn’t interact with IR
light at all. The difference can be understood in terms of the effect of molecular
vibration on the electromagnetic field. Because gases absorb IR selectively, there
are some radiation bands that are completely absorbed (the gases are saturated),
and others such as the atmospheric window, where no gases absorb. This leads to
much higher greenhouse forcing per molecule from some trace gases, such as
freons, SF 6 , or to a lesser extent methane, than from more abundant gases such as
CO2 . Some absorption bands fall in the middle of the IR emission spectrum of the
earth’s surface, while other bands fall outside this spectrum and are therefore
irrelevant to the heat budget.

So, I have presented arguments from sound sources that CO2 interacts with infrared differently than non IR active gases, which makes it one of the greenhouse gases, and in fact the most abundant one.

All of this religious climate discussion and still NO ONE has explained where California's electricity is going to come from, to charge EVs,

Galileo paved the way for speaking truth and was arrested for his apostasy. History repeats. So does climate.

Here are 42 pages worth of Climate facts, figures, arguments and reality going back to 08 February 2015, (when Florida was supposed to be under water, NO MORE SNOW and Hurricanes would get bigger and more worser and California was on fire... as usual.)

Nothing else to add for me, Enjoy...

PS: "I could be arguing on my spare time"

Now, the state has set a deadline to eliminate commercial diesel trucks as well.

California is preparing to ban the sale of commercial diesel trucks by 2040 and require trucks entering ports and rail yards to be zero-emission vehicles by 2035. Some companies, such as Walmart and Amazon, would have until 2042 to convert their trucks to electric.

The state only “narrowly avoided rolling blackouts” earlier this month, according to USA Today, after begging residents not to use electricity between 4 p.m. and 9 p.m. Even then, thousands lost power in northern California, and rolling blackouts have been the norm over the last several years. Due to  the elimination of reliable sources of electricity, California’s grid cannot hold up to heat waves everyone knows are coming.

Heating with Coal or Wood?

This week, California implemented a plan aimed at phasing out the use of natural gas heating appliances throughout the state by 2030.

A new proposal passed by the California Air Resources Board (CARB) cements the state as the first to ban natural gas heaters and furnaces.

The decision, which was passed unanimously, aims to phase out sales of the space heater and water heater appliances by 2030.

The change from gas to electric will cause a strain in the electric grid when there’s 30% too 40% of cars on the road.
Stanford scientists say that it costs more to charge your electric car at night and it could stress out your local electric grid.
If just half of vehicles in the western United States are electric, the team estimates it would take over 5.4 gigawatts of energy storage—equivalent to                                   five large nuclear power reactors—to charge the cars.

Fault along LA coast could unleash quake on scale of San Andreas...

I wonder if plants love nuclear radiation as much as they love CO2?

Who Knew?  ELECTRONS are powered by PETROL!

Beginning Jan. 1st, 2023, All aircraft landing in California must be windmill powered.

Environ-MENTALISTS agree that if these aircraft go fast enough, the can actually produce more energy than they use and can then charge discharged EV batteries at LA's airport!

Tesla's automobile windmills sold out immediately as the news was released. 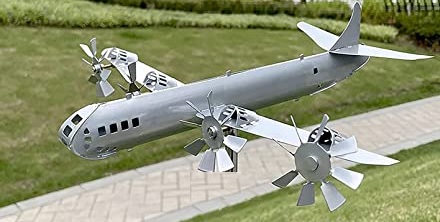