That is one of the dumbest articles I have ever read attempting to debunk AGW, and it fails miserably.  That is why Phd's in physics are not climatologists, and without specific training in the science, should just keep their mouths shut.

Rich
Of course you know the pro AGW crowd just loves ALL their ''Phd's in physics'' supporters/researchers/authors.

Should they keep their mouths shut, too?

It depends what they know about climate science, which is a specialty.  From what I read, a substantial majority of climate scientists believe in AGW.  Also from what I read, most of the "scientists" who oppose AGW are NOT climatologists, i.e. they lack specific training in the field, such as the Phd. whose article I think is very poor and does nothing to cast doubt on AGW, although 2 posters here seem to think it has some validity, which I do not believe, after reading the article and thinking about it for a while.

When people get cancer, every general practitioner that I know recommends that you go to an oncologist, a specialist in treating the disease of cancer.  That advice is generally heeded by most reasonable people who would like to possibly cure their cancer, or at least extend their life.  When the chips are down, you go to a specialist.

Here I would tend to believe those dedicated to the study of climate before a general scientist, just as I would trust my life to an oncologist (a specialist) if I had cancer.

Multiple studies published in peer-reviewed scientific journals1 show that 97 percent or more of actively publishing climate scientists agree*: Climate-warming trends over the past century are extremely likely due to human activities. In addition, most of the leading scientific organizations worldwide have issued public statements endorsing this position.

Now, this article from an apparent AGW dissenter at the very least at a substantial or compelling majority of climate scientists do support AGW.

Given these results, it is clear that support among scientists for human-caused climate change is below 97%. Most studies including specialties other than climatologists find support in the range of 80% to 90%. The 97% consensus of scientists, when used without limitation to climate scientists, is false.

Now apparently you take exception to my dismissal of Dr. Berry's article published up above.  If he is right, and he is a Phd. and I am not, it should be easy for you to support his article.  So, why do you believe the article?  What is it in the article that makes the convincing case that the vast majority of climate scientists are wrong, and Dr. Berry is right?  Has he performed any experiments to support his assertions, has he published his study and has it been peer reviewed?

Want to own slaves? Then you will accept Scientific racism

Want to control the masses and destroy America's sovereignty? Then you will accept AGW accords.

Tobacco "scientists" testified that smoking tobacco had no ill effects.

Climate "scientists" testified that record CO2 levels would cause ever increasing GLOBAL WARMING.

First, I have stated my educational and career background so you understand what I might know, and not know.  I have asked you to state your background out of the same courtesy.

You are the one who attacked my credibility, so you need to demonstrate yours, as I have already done.

said the guy "without specific training in the science"

So again, what is your training in science, and specifically climate science?

Read the last 27 pages of evidence.

But beware of "confirmation bias."

You will reject most all of the facts.

Why Facts Don’t Change Our Minds

New discoveries about the human mind show the limitations of reason.

First, I have stated my educational and career background so you understand what I might know, and not know.  I have asked you to state your background out of the same courtesy.

You are the one who attacked my credibility, so you need to demonstrate yours, as I have already done.

said the guy "without specific training in the science"

So again, what is your training in science, and specifically climate science?

Why will you sarcastically denigrate my education, yet fail to share yours?  Perhaps yours if less significant than mine, and you know it would be hypocritical to attack me on my education when yours is less significant?  Or perhaps you lack formal training, but have engaged in extensive self study that substitutes, that is fine, just say so.  But it is impolite at best to denigrate one's knowledge without being willing to share one's own qualifications.

By the way, my problem with Dr. Berry's paper has nothing to do with climatology per-say, it is more with his general scientific approach.  I understand what I know and what I do not, and am not so hypocritical as to dissent from Dr. Berry's position on something that I don't know very much about.  Therefore, your comment putting down my criticism of Dr. Berry's article is totally unfounded, because just because I don't have specific training in climate science does not mean that I have no training in general science (I do), and my problem with his article is of a general scientific nature.  Therefore, your comment is wrong, because you did not even ask what my objection was.  Be sure you collect enough facts before you draw a conclusion.  Your reasoning is wrong on this point.

Given that you chose to attack my post discounting Dr. Berry's article, you need to state why you like it, why you think it makes sense to you.  People want to oppose my discount of his article, but when I ask people to state why they support his article, nobody does.

This entire thread's purpose is to shed light on the indoctrination occurring in today's weaponized science by exposing error and producing an opposing fact or two.

With an open mind and scientific curiosity Galileo commented on many things of which he had no specific training.

The greatest tool of science is often mere observation and experimentation, not quiet submission to "experts".

Galileo demonstrated, by dropping bodies of different weights from the top of the famous Leaning Tower, that the speed of fall of a heavy object is not proportional to its weight, as Aristotle had claimed.

Thus, attempting to silence those of us who are open minded doesn't work here just as it didn't work with Galileo as he allowed critical thinking and an open mind to overcome the attempted indoctrination of his education, and even his eventual  imprisonment.

Sadly, the evidence shows that far too many who are highly degreed are also highly indoctrinated and close minded

One who is  "trained" in science is trained to be curious, critical and not simply indoctrinated.

Indoctrination stifles both curiosity and the necessary critical eye.

They see no correlation to climate and solar activity, they seem ignorant or dismissive of such things as the Gleissberg Cycles, and the lag time of such solar variances and their resulting effect on our climate.

They seldom, if ever, admit their erroneous assumptions.

They omit the obvious fact that climate is affected by many variables, many of which are either little understood or totally disregarded.

They fail to admit that cold kills more people than heat, and ideally the earth's climate should be a bit warmer.

To borrow from your posted statement above "But it is impolite at best to denigrate one who observed the indoctrination which is now replacing the scientific method."

So let's agree to observe the facts and not change the subject that an enormous fraud is being perpetuated by people with ulterior motive.

Great!  Just the facts, as best we can find and state them.

However, you cannot make a successful case for your point of view by posting factually incorrect articles.  Although you did not originally post Dr. Berry's article, you did attack me for saying the article was a poor one.  I still say that article is a poor one, not supported by reason.

I am starting my search at ground zero, and I will read articles and make a concerted effort to understand them.  I will not accept crap science.  If you post an article opposed to AGW, you should understand it and be prepared to defend it, because if I think it is wrong, I will say so in no uncertain terms.

Read the last 27 pages of evidence.

But beware of "confirmation bias."

You will reject most all of the facts.

Why Facts Don’t Change Our Minds

New discoveries about the human mind show the limitations of reason.

How much confirmation bias do you think you have?

I guess the "Climate Scientists" can be wrong...unless it's:

"they reached a consensus before the research even began."

Maybe they could open their minds a bit, even be curious, and let go of their dogma and indoctrination...

Or silence those who prefer real science...

The 8.3 inches set the all-time record for most snow on a single day in the month of May.

While the calendar shows it's more than six weeks into spring, Mother Nature dealt a wintry blow to Minnesota with a winter-like storm that unleashed historic snow amounts in some locations on Wednesday into Thursday.

Snow fell along a zone from Sioux Falls, South Dakota, to Duluth, Minnesota.

Through Thursday morning, Duluth was blanketed with 10.9 inches of snow, leading to a number of broken snowfall records.

"The great tragedy of science -- the slaying of a beautiful hypothesis by an ugly fact." ~ Thomas Huxley

"Cold weather kills 20 times as many people as hot weather, according to an international study analyzing over 74 million deaths in 384 locations across 13 countries." ~ The Lancet

"The results of the investigation of the UN Intergovernmental Panel on Climate Change (IPCC) were deliberately premeditated to focus on the negative impacts of warming. In their original 1988 mandate from the UN, global warming is mentioned three times, while cooling is not mentioned even once."

As MIT professor emeritus of atmospheric meteorology Richard Lindzen said, they reached a consensus before the research even began. The consensus “proved” the hypothesis was correct, regardless of the evidence.

The current cold weather across much of the world should prompt us to re-examine climate realities -- not the false, deceptive, and biased views created and promoted by deep state bureaucrats through their respective governments. 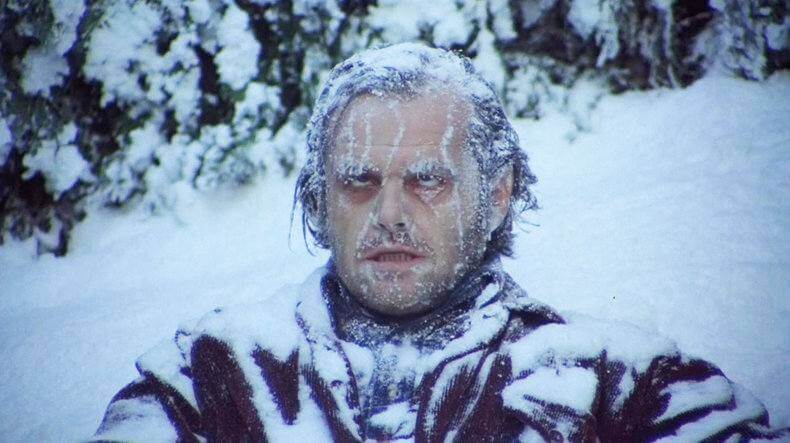 Millions of people in the US moved south BECAUSE they could control their "climate" with air conditioning - which needs massive amounts of electricity generated by FOSSIL FUELS 365 days a year.  Now those of us who live in the north that need FOSSIL FUELS + WOOD to control our climate about 6 months a year - tell me who uses the most FOSSIL FUELS and generates the most CO2 emissions.  Just a note CO2 is not a pollutant - its food for Oxygen generating organisms.  Most of these millions who live in the south are people complaining the most about climate change - so let them give up their air conditioners.