The Global Warming Policy Foundation (GWPF) has enlisted an international team of five distinguished scientists to carry out a full inquiry into just how far these manipulations of the data may have distorted our picture of what is really happening to global temperatures.

Last month, we are told, the world enjoyed “its hottest March since records began in 1880”. This year, according to “US government scientists”, already bids to outrank 2014 as “the hottest ever”.
But here there is a puzzle. These temperature records are not the only ones with official status. The other two, Remote Sensing Systems (RSS) and the University of Alabama (UAH), are based on a quite different method of measuring temperature data, by satellites. And these, as they have increasingly done in recent years, give a strikingly different picture. Neither shows last month as anything like the hottest March on record, any more than they showed 2014 as “the hottest year ever”.
Raw data:

Wasn't it the "Church" that declared a FLAT EARTH and held inquisitions against skeptics such as Galileo Galilei?
It looks like the "Church" has sold herself again:

The Pope in the corner with the rest of us non-amygdala-dominated folks is nice but not that big of a surprise; he's shown cerebral lobe thinking for some time now.

On the other hand, this was a surprise -

For the record, Koch says this of climate change: "You can plausibly say that CO2 has contributed" to the planet's warming, but he sees "no evidence" to support "this theory that it's going to be catastrophic."

But any movement from Charles on the 5 Stages of Climate Denial--from #1 down to #3--is a big deal. This is the same guy who has poured $80 million into organizations that have misrepresented climate change science to the public and advocated against any viable solutions to the problem. [Note - $80 Mil! And you thought the echo chamber here was dedicated to spreading horseypoo!]

Last June, leaked recordings surfaced from Koch's regular meeting of millionaires and billionaires who are coordinating $889 million in spending around the 2016 election.

Charles's Koch top strategist Richard Fink indicated that we may see a shift in Koch's rhetoric on climate change. Fink, aka "Charles Koch's Brain," told attending prospective donors what they wanted to hear: donate to us, and we'll fight the crazy commie hippies and their pesky science. From the Undercurrent:

I studied climate change for six years. I can't figure it out, quite frankly. Charles is ahead of me on this. I'm not a climatologist, but I'm not completely stupid. I can tell you I meet with people, particularly in California, that are convinced the world is going to burn up in you know, a year or two. They don't know the answer -- they don't even know the question, because it's not about climate change. It's about a cause. It gives their life meaning.


For context, you should probably know that Fink told the room's billionaires that the minimum wage would lead to fascism, comparing today's low-income Americans to pre-Nazi Germany citizenry. Not exactly a room full of academics.

And since one of the people that Mr. Fink 'meets with' was a scientist that he funded to study global temperature data, you have to wonder how much experience Rich Fink has with willful ignorance.

What Charles Koch cannot deny is that he's seen the global temperature record data. In 2011, through the Charles Koch Foundation (CKF), CKF president Richard Fink funded a high-profile study on global surface temperature data. This dataset, which was an unnecessarily redundant reproduction of several other similar studies, was constructed by a scientist who at the time was a climate change denier.

Dr. Richard Muller's Berkeley Earth Surface Temperature Study (BEST) made headlines when he announced his acceptance of what climate scientists had already been saying for over 15 years--yes, people are responsible for unnatural climate variability that scientists have documented--and surprised the country by becoming an advocate for solutions to global warming.

This put Mr. Koch in an awkward spot. Koch's $150,000 grant to Dr. Muller made him the project's top single donor, and Muller was a celebrated skeptic before his dramatic change-of-heart.

Add to that Mr. Koch's background in science--a chemical engineering degree at the Massachusetts Institute of Technology. For such an educated, celebrated albeit controversial high-society businessman, the refusal to acknowledge science that is understood by middle schoolers guaranteed to undermine the sensible reputation that Koch Industries has spent a lot of money to put out there.

But Charles gets no credit here. Dumping almost $80 million into organizations that have attacked the scientists who study climate change and interfered with virtually every proposed policy and regulation to solve global warming isn't being a science-savy CEO. It's being a denier, and especially in the context of a self-serving petrochemical billionaire, that's pretty offensive to the rest of us.

We define climate change denial as "anyone who is obstructing, delaying or trying to derail policy steps that are in line with the scientific consensus that says we need to take rapid steps to decarbonize the economy." Mr. Koch remains a staunch denier in that regard.

Unlike Koch, most of those fortunes did not come from owning a corporation like Koch Industries, historically rooted in fossil fuel operations. And none come as close as the Kochs in terms of decades-long focus on actively building a political influence network and coordinating other wealthy executives, corporations and families to dump amounts money into politics that not even the Koch brothers could afford.

Check out Greenpeace.org for more research on the Koch brothers crusade against climate science.

You see, what the sheeple don't understand is that their elite masters like the Koch brothers don't have amygdala-dominated brains, they use their cerebral lobes, its just that, unlike the Pope's, their lobes are very very greedy.... but they sure do count on their sheeple being thoroughly amygdala-dominated.

If the world didn't suck, wouldn't we all just fly off?

Climate Change Hyperbole Rule #7b:
Pull a date out of thin air when it's going to be TOO LATE.

Governments are running out of time to address climate change and to avoid the worst effects of rising temperatures, an influential UN panel warned yesterday.
But there could be as little as eight years left to avoid a dangerous global average rise of 2C or more.
"The IPCC has delivered a road map for keeping the planet safe."

PS: (The road map involves taxing the U.S. citizens in an effort to destroy capitalism and installing authoritarian collectivist policy.)

Galileo says this sounds all too familiar.
Galileo defended his views in Dialogue Concerning the Two Chief World Systems, which appeared to attack Pope Urban VIII, thus alienating not only the Pope but also the Jesuits.
He was tried by the Holy Office, then found "vehemently suspect of heresy", was forced to recant, and spent the last nine years of his life under house arrest.
He is widely heralded as one of the greatest scientists of all time. The Pope isn't. 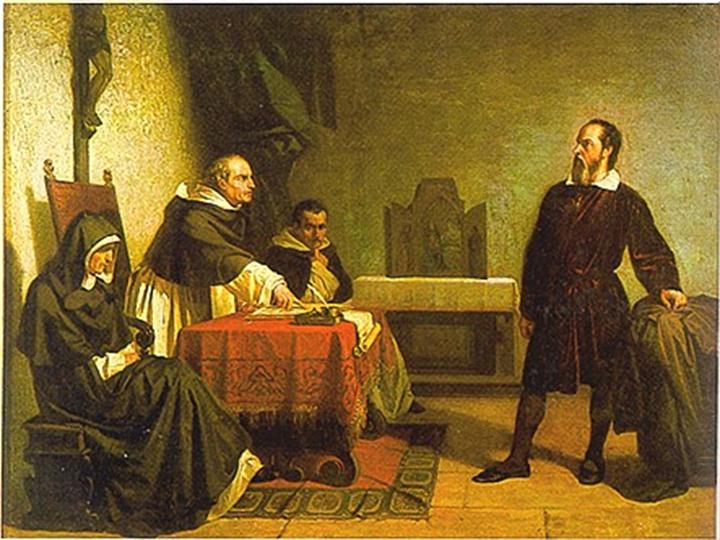 Cannes closer is call to arms on 'climate change'...
The Cannes Film Festival's closing film on Saturday was a call to arms to tackle climate change featuring the scientific pioneer Claude Lorius who spent decades in Antarctica proving the existence of global warming.

Memorial Day Weekend: Snow in New England...
Snow came down heavy at times Saturday morning in northern New England. Visibility dropped to a quarter mile at times due to the heavy snow.
Maine experienced the second latest snowfall in history.

Flip side of years of no hurricanes: Good luck runs out...

Cities like Tampa, Houston, Jacksonville and Daytona Beach historically get hit with major hurricanes every 20 to 40 years, according to meteorologists. But those same places have now gone at least 70 years — sometimes more than a century — without getting smacked by those monster storms, according to data analyses by an MIT hurricane professor and The Associated Press.
This hurricane season, beginning Monday, doesn't look to be as busy as past ones.

"But even a quiet season can have one devastating storm hit."

And that's when the environmental hypocrite, Doomsday Prophet Al will spring into action again, raking in another few million dollars for his sermons.

A Charlatan: (also called swindler or mountebank) is a person practising quackery or some similar confidence trick in order to obtain money, fame or other advantages...

New climate data by NOAA scientists doubles the warming trend since the late 1990s by adjusting pre-hiatus temperatures downward and inflating temperatures in more recent years.
The U.N.’s Intergovernmental Panel on Climate Change’s “statement of two years ago – that the global surface temperature has shown a much smaller increasing linear trend over the past 15 years than over the past 30 to 60 years’ – is no longer valid,” the study claims.


The conflicting satellite data which shows global cooling was ignored.

Brian Williams asks: "Who is paying the lamestream news outlets for all of this hysteria?"

NYC Under Water From 'Climate Change' By June 2015!

New York City underwater? Gas over $9 a gallon? A carton of milk costs almost $13? Welcome to June 12, 2015. Or at least that was the wildly-inaccurate version of 2015 predicted by ABC News exactly seven years ago. Appearing on Good Morning America in 2008, Bob Woodruff hyped Earth 2100, a special that pushed apocalyptic predictions of the then-futuristic 2015.