36 replies to this topic

Bears should be very careful of shorting as a confluence of events can provide enough fuel to send this market zooming up past SPX 3150.

However, it's not all straight up as yet and any of those tweets can bring the market down a few % points.

And, this rally will end in early October or even sooner.

Today was a good NQ daytrade market and I also daytraded VXX but did not get as much range as I expected.

I closed almost all of my QQQ calls, holding a mere 6 calls now.

Closed half of my XLF position with a 7% profit.

NYSE's McClellan A-D Oscillator up to well above +150, and with a "complex" structure above zero. Complex says the bulls are in charge, and the high number says they are making a strong upward initiation. Higher highs yet ahead. 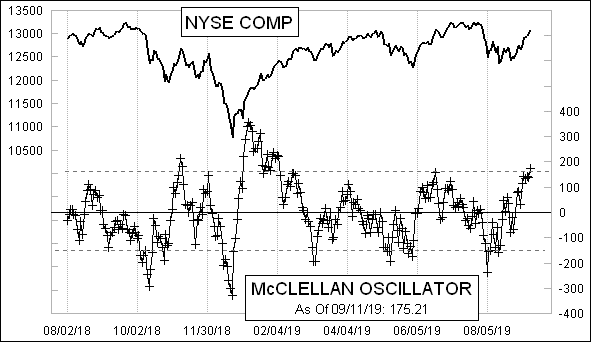 Not only SPX but also BONDS where Tom and I am in agreement.

A chart from my Daily Edition yesterday. The bond market selloff may have gotten just a bit overdone for the moment. Second lowest reading ever (since start of the dataset in 2005). 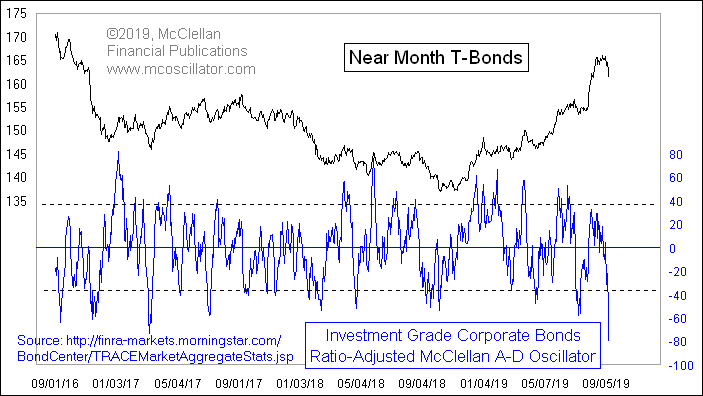 As I said last week, the Trade war is winding down as Trump decides he has had enough and wants to clear the deck of that vexing issue and move on to the actual campaign. It is like a detente with both sides pulling back and kicking it down the road. That's one reason I called for new highs.

Also, the President will declare victory re:tariffs in place and try to keep this issue out of the news. However, the Chinese will constantly try to extract more concessions and try to bring up the Trade war more and more as the election campaign gets going. YUAN will be allowed to weaken gradually all the way to 7.2 or 7.3

Wait while I get my shocked face

Lift off.... could be a memorable rally lasting a week or two

At the request of the Chinese...LOL

At the request of the Vice Premier of China, Liu He, and due to the fact that the People's Republic of China will be celebrating their 70th Anniversary....

Not as yet unless something terrible happens.

However, in Late September or in October it may happen

He pointed to this SocGen chart, in which he marked up (not with a Sharpie) to show what he considers the most troubling for investors: 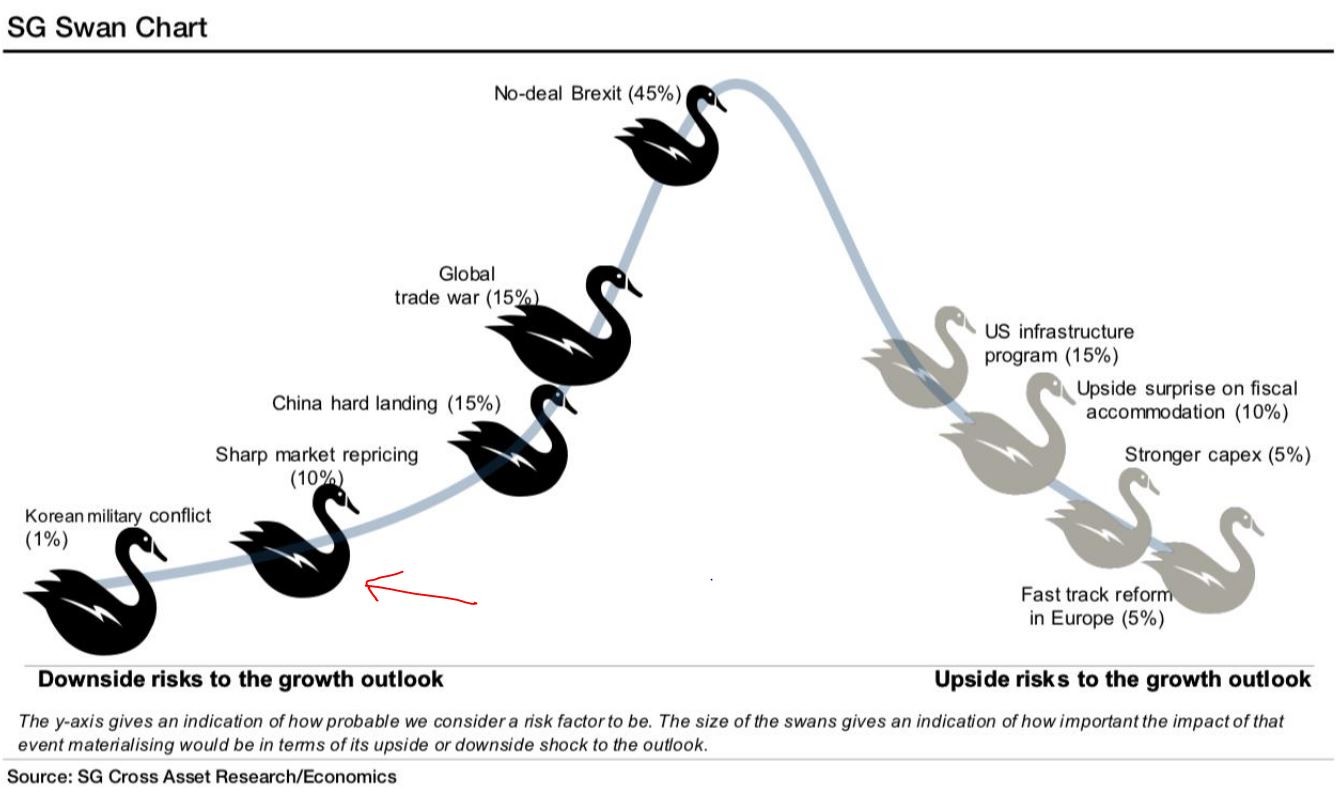 “A sharp market repricing should be the fattest swan on that diagram,” Renick continued. “The greatest risk to investors, the economy, and the tenuous state of geopolitics, is the price of the S&P 500 SPX, +0.72% . That does not mean it is the most likely risk — what it means is that the ripple effect of a sizable selloff in stocks right now is monstrous.”

What could cause such a ripple?

Renick painted this bearish scenario: The economy improves enough so that the Fed doesn’t cut rates, investors get spooked, assets pull back in a highly-correlated march, no cash pours in from the sidelines and the bottom falls out. “If no one’s there to buy because they’ve already bought, hedges don’t work because they’re all tied to the same events, liquidity exacerbates swings and the president realizes his cow-prod is on the verge of breaking, watch out below,” he wrote.

S&P Futures may hit a new high in the overnight session.

U.S. natural-gas stockpiles are slated for 10:30 a.m. Inventories are expected to have risen 81 billion cubic feet during the week ended Aug. 6, more than average for this time of year, per the average target of 13 analysts and traders surveyed by the Journal.

The federal budget deficit for the first 11 months of fiscal year 2019, out at 2 p.m., is expected to reach $1.067 trillion, according to the Congressional Budget Office.