It should be a much more BULLISH THANKSGIVING week but several bearish factors have surfaced - e.g. the Chinese OPENING UP may be reversed as COVID surges there, and will US consumers still be able to splurge ....as forecasted.

MY FF is a bullish shortened week and then markets dip for a week a so and then recover for the end of year rally .

As I write that line I wonder if even that partially bullish is still expecting too much from the BULLS ... I do not think so if CHINA has to abandon their OPENING-UP process.

I am flat except for TLT CALLS, UVXY CALLS. and a few smaller holdings.

Will be extremely cautious for the rest of November and also in December, unless market melts up or down.

How the F can you trust any of their data when a BILLION plus people has the highest COVID rate in the world but just 2 deaths?

One of the best days I ever had snow skiing was THANKSGIVING DAY!
No one was there, No Lines, No crowded slopes.

The worst day to ski: is BLACK FRIDAY! 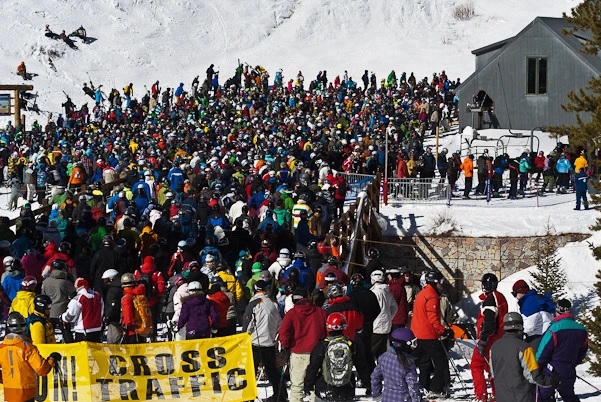 What to Expect From Stocks Thanksgiving Week
https://www.schaeffersresearch.com
Thanksgiving week has tended to be bullish. Over the past 50 years, the S&P 500 Index (SPX) has gained on average 0.54% during the week

"Average returns for the coming week have been modestly positive by all measures."

Risk Windows for Week of 21st of November & a Turkeyl...

According to my risk summation system, the days this coming week with the highest risk of a turn in or acceleration of the current trend in the DJIA are Monday November 21st and Friday the 25th.  The risk window sum for this coming Monday the 21st is one of the highest I've seen for quite some time. 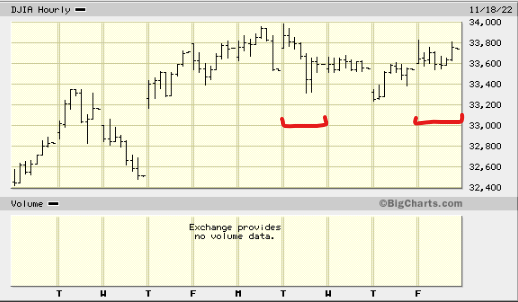 Stan Harley's 18 day cycle is set to turn either this coming Wednesday or the following Monday the 28th, so both days bear watching.  Also cycle guru Raj Thijm has identified Monday the 21st as an important risk date.  Given the very high risk summation value this coming Monday, it certainly appears that something important might just be afoot next week.

Another rusty nail in next week's coffin is my short-term E-Wave count which is expecting the end any day now for the first leg up "a" wave of a larger up "B" wave bear market correction.  My target for this "b" wave down is somewhere between the 38.2% and 61.8% retracement of wave "a" up.  The E-Wave four of previous degree blue line and a nice gap fill green line also in this zone make it more attractive as a target.

Please think of me next week when you're stuffing yourselves with turkey with all the trimmings which I will unfortunately not be since it's not a UK tradition.

''The solution is not to transfer Africans to Europe,  but to liberate Africa from some Europeans''