'This is historic snow': major winter storm blankets parts of US 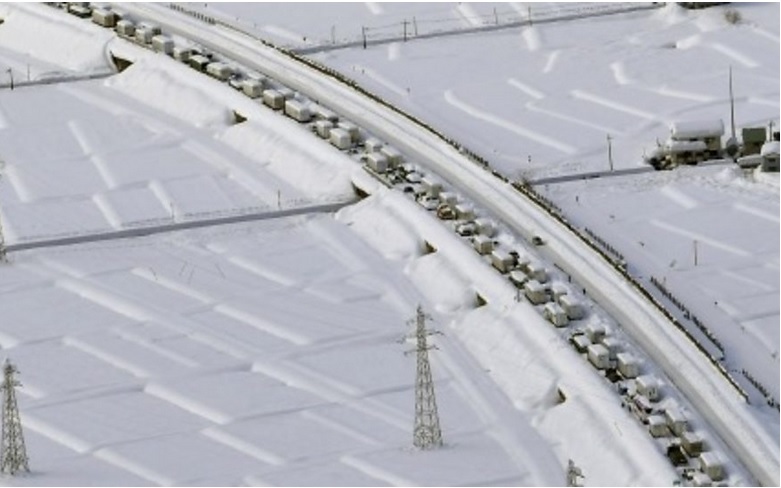 Just "Following The Science" as the models scientists use to predict coming sea level rise are WRONG.

A new analysis of 20 years' worth of satellite data indicates that Antarctica's ice melts at different rates each year, meaning the models scientists use to predict coming sea level rise are wrong.

Models that predict sea-level rise are typically built around the assumption that ice is melting from the world's largest ice fields in Antarctica and Greenland at a consistent rate.

But this analysis found that, because the mass of ice on the Antarctic Ice Sheet changes depending on the season and year, those projections are not as reliable as they could be. Extreme snowfall one year, for example, might increase the amount of ice in Antarctica. Changes in the atmosphere or surrounding ocean might decrease it another year. 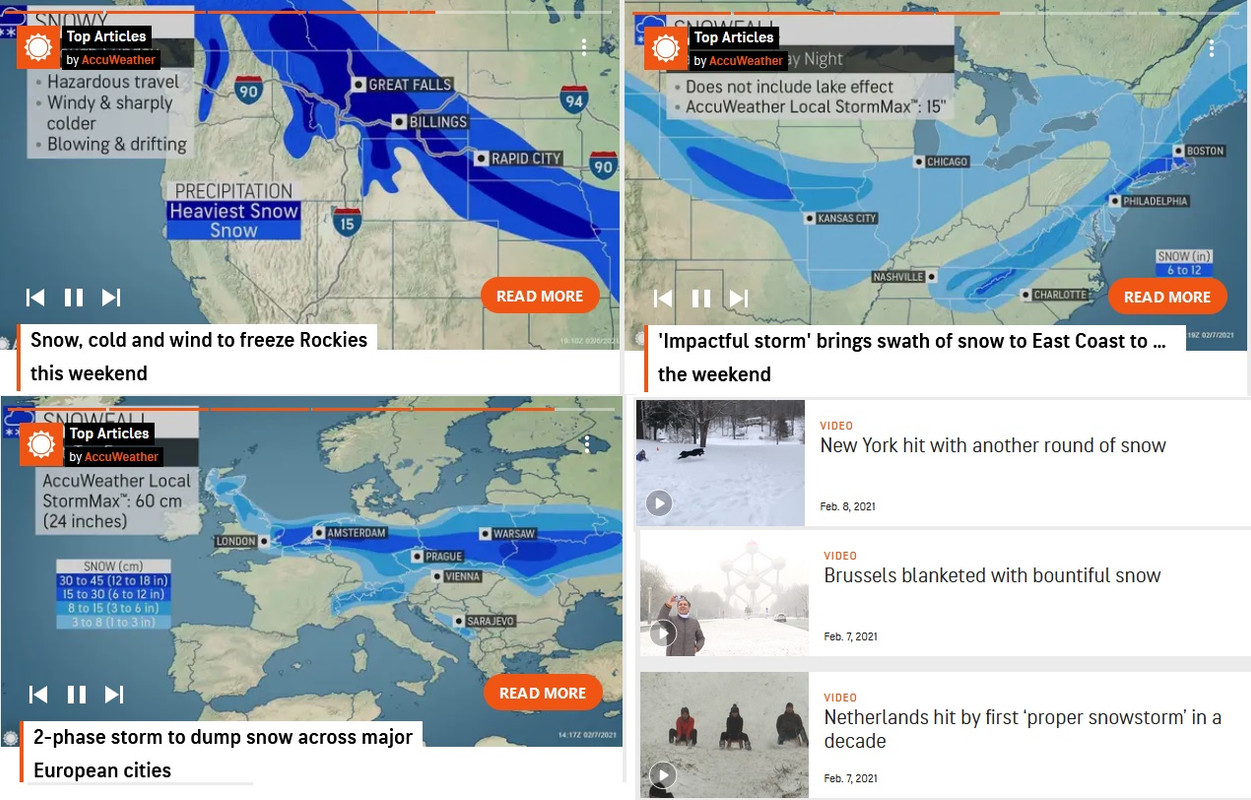 Do you mean that it warmed up after an Ice Age??? Whooda thought!

The Little Ice Age (1303 to 1860) was a period of cooling that occurred after the Medieval Warm Period.

The Black Death, also known as the Pestilence, the Great Plague or the Plague, or less commonly the Black Plague, was one of the most devastating pandemics in human history, resulting in the deaths of an estimated 75 to 200 million people in Eurasia, peaking in Europe from 1347 to 1351.

Today, scientists understand that the Black Death, now known as the plague, is spread by a bacillus called Yersina pestis.
As with the recent Corona virus, Yersina pestis traveled from person to person pneumonically, or through the air, as well as through the bite of infected wildlife such as rats.

The Black Plague was preceded by the Medieval Warm Period, 950ad to 1250ad.
Some theorize that it was the optimum temperature for rats in the Northern Atlantic.
Average global mean temperatures have been calculated to be similar to early-mid-20th-century warming. 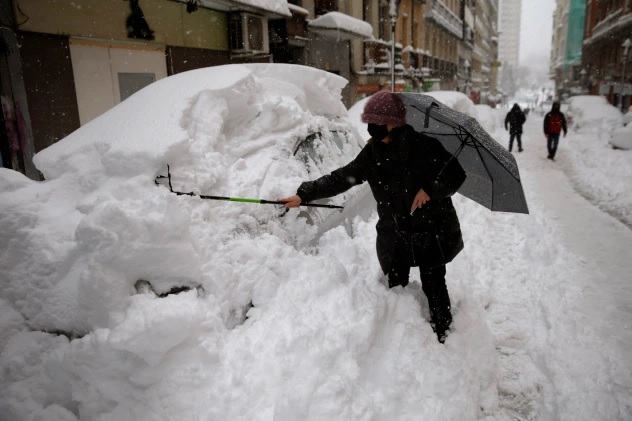 A woman tries to remove the snow from her car during a heavy snowfall in downtown Madrid, Spain, Saturday, Jan. 9, 2021.

A persistent blizzard has blanketed large parts of Spain with 50-year record levels of snow, halting traffic and leaving thousands trapped in cars or in train stations and airports that suspended all services as the snow kept falling on Saturday. 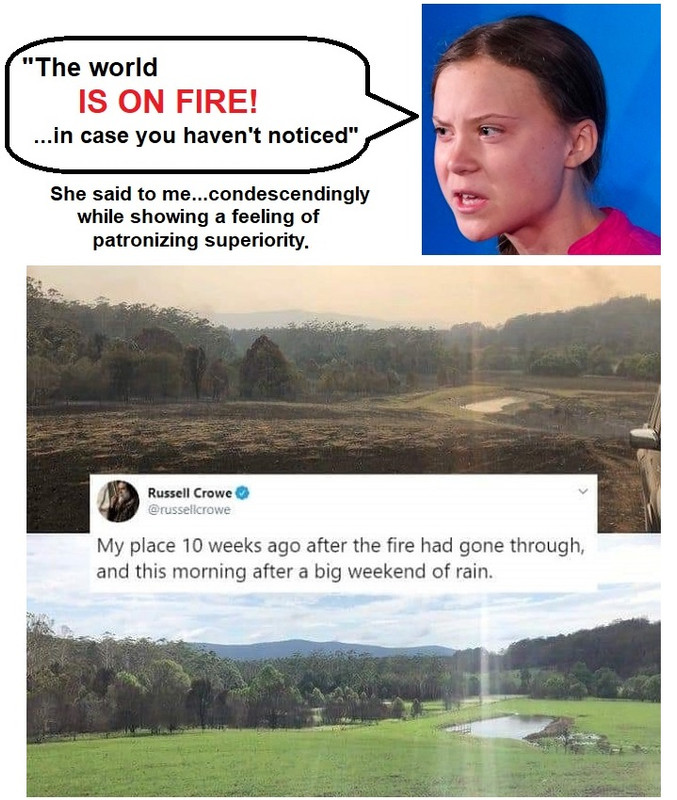 I am really missing all of that promised GLOBAL WARMING!

After a record setting late freezes in 2019 and an even later hard freeze in 2020 and then a record cool summer which never even reached 100F, as of today, Friday 12, 2021 we have now had over 100 hours of below freezing temperatures here, and we may not even be 1/3 of the way through this winter blast!

We are even getting "Lake Effect Snow" for the first time that I ever heard of here.

Even as far south as FT. Worth Texas "At least 6 dead in 133-car pileup in Fort Worth after freezing rain coats roads"

'Close to 60%' of US to have snow, ice on the ground by next week
A true coast-to-coast storm will impact more than 190 million Americans. 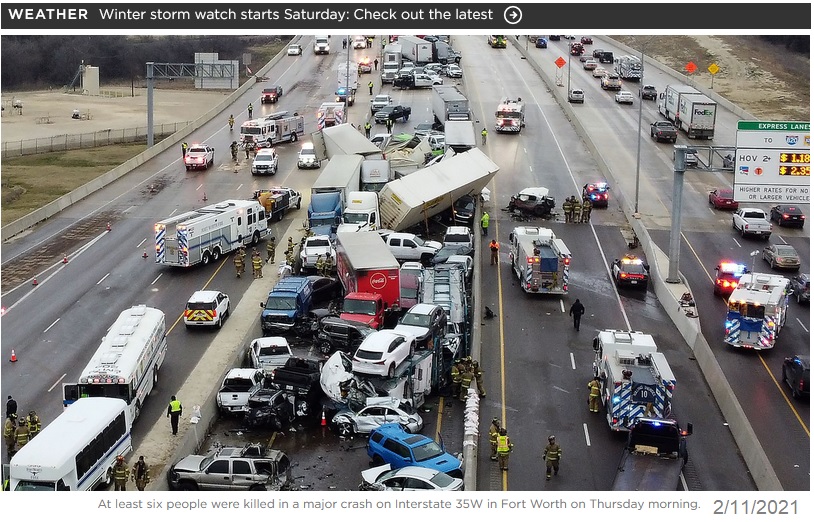 Follow the Religion of Politicized Flat Earth Science... not wild conspiracy theories!
This Day in history: Galileo Affair
February 13, 1633
The Galileo affair (Italian: il processo a Galileo Galilei) began around 1610 and culminated with the trial and condemnation of Galileo Galilei by the Roman Catholic Inquisition in 1633.

(Boy does that ring a bell today in Washington!)

Galileo was prosecuted for his support of heliocentrism, the astronomical model in which the Earth and planets revolve around the Sun at the centre of the Solar System. 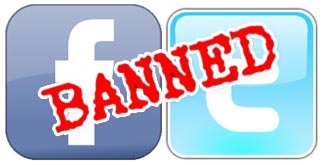 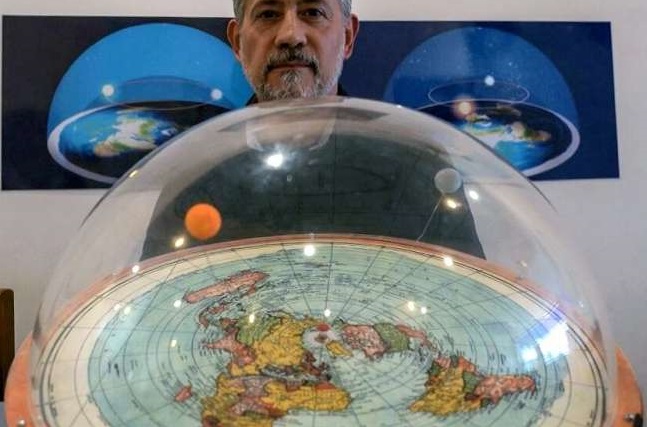