The unfolding upmove in gold

665 replies to this topic 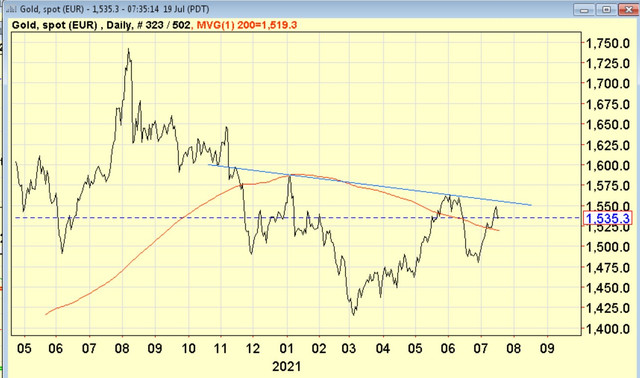 The US fiscal impulse turns negative this quarter. The financial system has become acutely sensitive to slight tweaks in monetary policy. This is known as the central bank ‘debt trap’. The 32% increase in M2 will power the economy for at least another 12 months.

Global central banking is at a critical juncture. If the Bank of England, the Fed, and their peers do not lance the QE boil now, they probably never will. Inflation will be allowed to take hold and the world will be back to the 1970s. Markets are having great difficulty deciding which of these two outcomes is more likely. 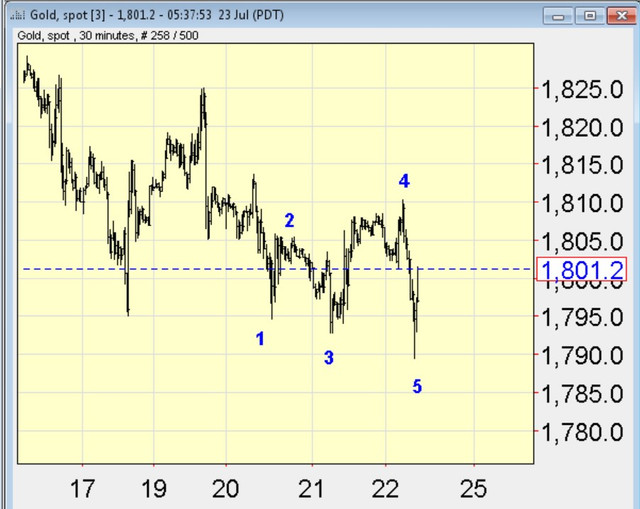 The textbook RPW morphing (hopefully) into a diamond bottom... 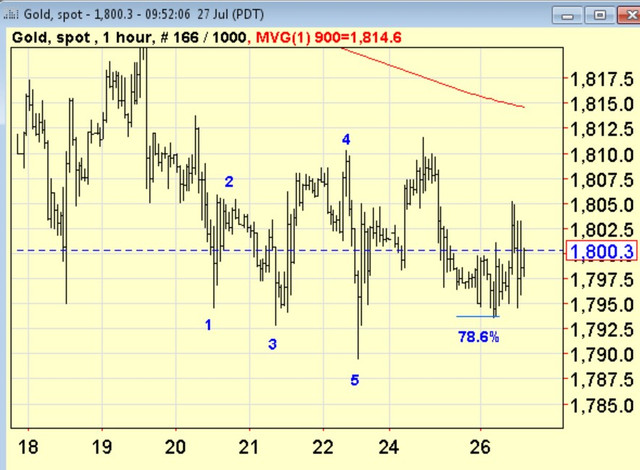 “If I were Darth Vader and I wanted to destroy the US economy, I would do aggressive spending in the middle of an already hot economy… What are you going to get out of this? You’re going to get a sugar high, then higher inflation, then an economic bust.”

The burning question: How far will it go? 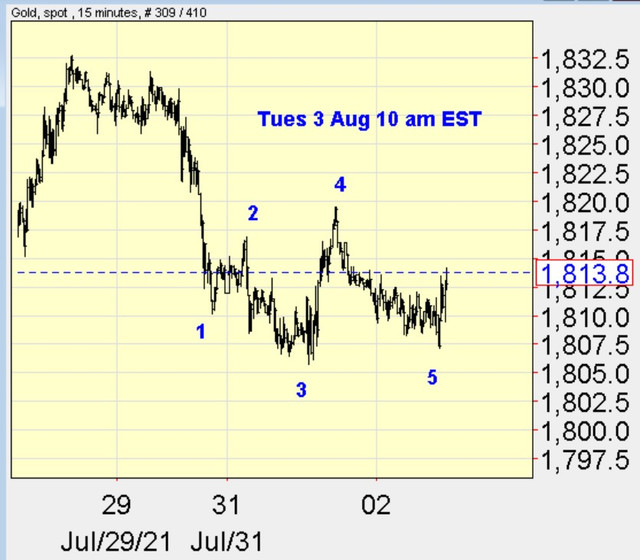 Looks to me like a USD rally is starting 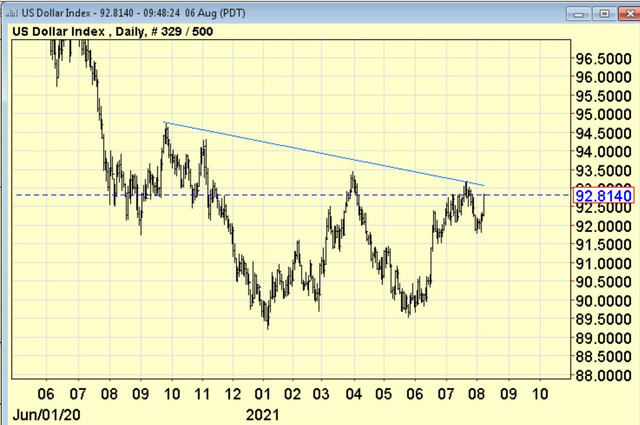 Thursday morning:  A daily (and also weekly) gold close above spot 1764 will greatly improve the case that the low is in for gold and silver.

Unless it turns right here, this expanding triangle is VERY bullish for USD and bearish for gold. 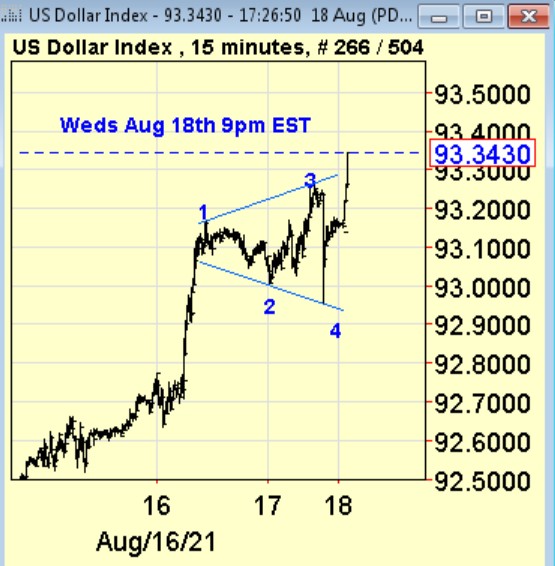 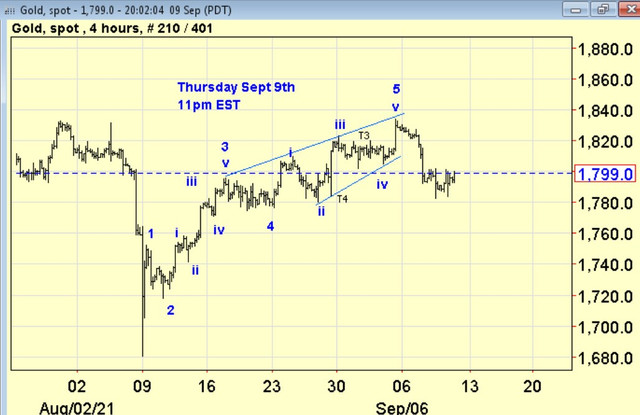 Also tagged with one or more of these keywords: gold, charting, techincal analysis, gold bull market